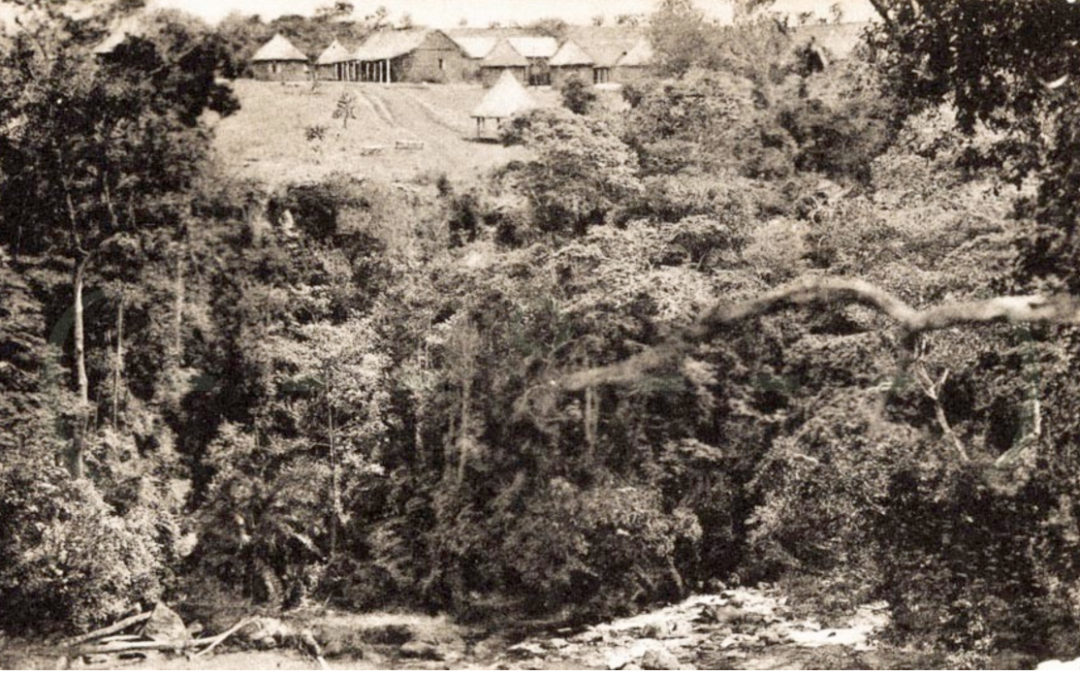 What caused young men to join the exodus from Britain to East Africa in 1910-1912? Let us take one example and look at his memoir. Brian Havelock Potts, born in Brixton on 30 March 1891 as a fourth child and only son, came from a middle-class family. His father William Potts was a journalist (a parliamentary reporter in 1891) at the Morning Standard and was made redundant when Brian was 15. Brian became an office boy in a London stockbroker’s. There a friend told him his brother was growing coffee in Nairobi. This prompted the young Brian to visit Rowland Ward’s (the taxidermist in Piccadilly), and next door stood the safari outfitters Newland Tarlton. A salesman in Newland Tarlton convinced Brian that British East Africa had been created for his benefit. Without more ado, Brian booked a passage on the Kronprinz. From Nairobi Brian went to Chania Falls (now called Thika) where he was taken on by the farmer Alan Cuninghame at his farm ‘Mzuri.’

Cuninghame, whom Potts describes as ‘a devious fellow,’ put the young man into a grass rondavel and spent the days shooting birds rather than overseeing the clearing of the land. His wife Mary, a large Irish lady and wonderful cook, was unsuccessful in keeping an eye on her husband. Every day Cuninghame stationed Potts at the window of the dining hut to warn him of Mary’s approach. Cuninghame downed two scotches but at Potts’s whistle put a lime juice in his hand, saying to his wife that he was dying of thirst. Potts claimed he did all the work on the farm and earned the name Waihinya (strong and quick) from the Kikuyu workers after he rescued a man from an overturned plough. Potts clearly got fed up and left Cuninghame in order to start his own farm with Hubert Wood at Chania Bridge. Jiggers in the feet and carbuncles on arm and leg joints were constant hazards. The nights were filled with the roar of lions, howls of hyenas and ping of mosquitoes. A sideline indulged by Potts was to help with a three-week safari of titled barons and counts of Hungarian and Austrian origin.

On the outbreak of the First World War Potts joined up, and he was given Elspeth Huxley’s family pony ‘Darky’ as his mount. He was invalided out with amoebic dysentery and sent to the Scott Sanatorium, where Lord Delamere visited him, but he was chiefly interested in what Potts thought of his hair, which he had grown long at the back. Meanwhile Potts’s former partner Hubert Wood died of tetanus while serving in the military. Potts found he had been double-crossed by the man and had no share in the farm. After the war there was an influx of new settlers and by 1922 the wild animals had almost disappeared. Now married, Potts and his wife were expecting a baby, but the infant lived only a few hours. Times were hard and Potts tried his hand at gold prospecting in Tanganyika, without success. He bought land in the Mount Elgon area, living in tents until a dwelling could be built, and planting maize.

Potts joined the local club, getting together a band of eight regular players to perform at the clubhouse. The piano player was a 70-year-old ex-Cambridge organist. The club put on a play for the Prince of Wales when he visited Kenya. Potts described him as easy and friendly during the day but cantankerous and unpredictable in the evenings. Yet another change of gear happened when Potts went into partnership with Cricher to start a repair shop. But then the slump arrived. All social life seemed to come to a standstill and farmers stayed unhappily on their farms. Potts’s car and lorry were repossessed so he was stranded six miles from Kitale. People with private means picked up some of the most attractive estates, such was the poverty. But many people went back to England. Potts accepted the inevitable, and travelled back to England on a passage paid for by a friend in 1931. At forty years old, he had to start all over again, in Islington, London. Life was not easy for these early settlers in British East Africa.

Potts died at the age of ninety-six in Hampshire in 1987. His memoirs can be found in Oxford, in the Library of Commonwealth and African Studies, Bodleian Library.