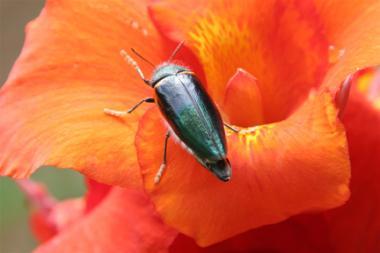 I grew up in East Africa speaking a local language and associating with a large variety of African people. Since attending college I have spent 40 years working in Africa in many different roles including teaching, translating and administration. For many years I directed courses for incoming expatriates – both missionaries and college students. I gave a number of lectures on culture stress (often referred to as culture shock) and how to deal with it. One would think that with this background I would be somewhat immune to culture stress myself. However, an experience in England reinforced the fact that adjusting to another culture is an ongoing struggle.

A number of years ago my family and I spent two years at Oxford University where I was doing graduate work in social anthropology. We enjoyed our time there and I felt I had a good understanding of how society worked at Oxford. Several years later I returned to the University to submit my thesis, the final requirement for my PhD. After reading the thesis my tutor deemed that it was ready for examination and asked me to prepare it for submission. I immediately started the involved process of filling out various forms and getting the manuscript ready for binding. One of the forms asked how many words were in the final product. I stated that there were 130,000 words – taking pride in the amount of material I had written. Several days later I received word from the graduate committee that my thesis was too long and not approved for submission. The committee would meet again in a few days to decide what to do.

When I had started to write my thesis, the Oxford graduate manual had stated that a thesis should contain approximately 100,000 words. However, while I was away writing my final draft, the committee changed the rules and stated that no thesis could exceed that figure. I was the first person to submit a too-long thesis since the new rule had taken effect and the committee thought that they should reject mine as an example to show that they meant business. I was to be the first person in 800 years of Oxford history to have a thesis rejected for being too long.

I had not been aware of the new ruling and naturally was not pleased with the prospect of having to rewrite my thesis. I cast about in my mind as to what I could do to influence the committee in my favor. Was it culturally appropriate to “push” in Oxford? Should I go to the committee and plead ignorance of the new rule and ask for leniency? Should I argue for my case? I did not have a cultural feel for what would be an appropriate way to approach the problem. I felt both frustrated and out of control. After thinking it over I decided that if I personally pushed the committee it might make things worse. I eventually talked to my tutor who was sympathetic and said she would look into the matter.

Meanwhile I continued the long process of submitting my thesis. By this time I was realized I was in a culture where I needed to do things exactly by the book. I read the manual carefully and it stated that, after binding, the thesis should be turned into the graduate office in a no. 10 Jiffy bag. Since I had no idea what a Jiffy bag was, I made some discreet inquiries.  I discovered it was a padded envelope and could be purchased at a Post Office. I made the rounds of every Post Office in Oxford and they were all out of stock of Jiffy bags. Finally I went to a stationary shop and the clerk sold me a padded envelope which she assured me was the same as a Jiffy bag. It looked to be the right size to hold the bound thesis, but I later noticed it as a no. 7 bag, not a no. 10 as stated in the manual. By now I was getting very nervous. While the graduate committee was still considering my case for submitting an overly long thesis, here I was breaking some more rules. I was submitting my thesis in a no. 7 non-Jiffy bag.

Trying to do what was culturally right and feeling that I was dong everything wrong caused me emotional anxiety. Even though I had read many books about culture stress and given many lectures on the subject, it was still happening to me. I realized that I was over-reacting, but still fell into the trap. In the end it was all for nothing. I wasted a lot of time worrying. On the day I submitted my thesis I apologized for having it in the wrong type of bag. The secretary just laughed and said they did not care what type I used as long as the thesis fit inside. Later that day I received word from my tutor that the graduate committee had met and accepted my “too long” thesis for submission. She had gone to the committee meetings and spoken on my behalf. When the committee realized that the ruling on length had been changed during my absence they immediately approved my thesis as it stood. As in many parts of the world, it simply took somebody who knew people on both sides to speak on my behalf.

The struggle to communicate continued. A month after a submitting my thesis I sat before two erudite examiners for my oral defense (called a viva), The examiners asked many questions and seemed to like my work, but afterwards they were not allowed to tell me whether I had passed or failed. I had to endure the suspense for several weeks until finally I received a letter from the graduate committee that stated, “Congratulations. You have our permission to supplicate.” I guess that means I passed.