God Save Our Gracious Queen 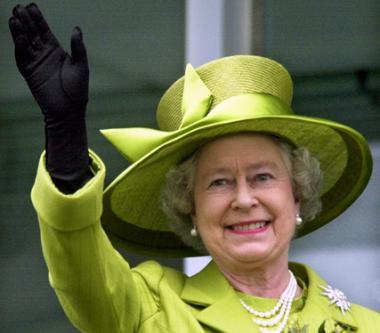 Readers who read Old Africa magazine and bloggers who blog may wonder why on earth Dick Hedges is duplicating an existing blog and why, known for his Leftist views, should he want any monarch saved, gracious or otherwise? To the former question you will see my blog is from a totally different aspect as the existing blog which is an informative story of how Kenya handled the first hours of Queen Elizabeth II’s reign. To the latter question, the entire content of this blog is to attempt to enlighten those many persons who so wrongly believe you cannot be a committed Socialist at the same time as being a committed Loyalist.

On the afternoon of February 6, 1952, long before 90 per cent of the present population alive today was even born, a beautiful young Princess climbed a tree without a care in the world and early the next morning descended the tree committed to serve her subjects faithfully for the rest of her life. Her father had died while she was sleeping in Treetops Safari Lodge in the Aberdare mountains and she had inherited the throne of Great Britain and thus became the constitutional monarch of 16 sovereign states (known as the Commonwealth realms) and their territories and dependencies, as well as head of the 54-member Commonwealth of Nations. She also became Supreme Governor of the Church of England and, in some of her realms, carries the title Defender of the Faith as part of her full title.

I cannot understand the logic or rather complete lack of logic shown in all the Republican arguments for the dissolution of the Monarchy. The Republican’s first  argument is that they do not wish to be governed by a ruler who was not democratically elected, who is not responsible to anybody and who cannot be removed from office any other way than by death and even then another unelected heir will instantly follow. My question to them is, when was the last time a monarch governed England? The answer is there has never been a time that a constitutional monarch ruled, in any sense of the word, over anybody. The last King of England who ruled with the power to rule was in 1642 because half the King’s subjects were not prepared to be ruled by somebody with whose religion they did not agree and a bloody civil war was fought for four long years. Roundheads who wanted Parliament to rule fought the Cavaliers who wanted the King to rule. After the Roundheads won the struggle, the King was beheaded and Oliver Cromwell was proclaimed Protector of the Realm. He turned out to be necessarily as ruthless as any notorious 20th century dictator, and after ruling the Republic for six most unsatisfactory years, the citizens of England realised they couldn’t do without a monarch. There was much rejoicing when the beheaded King’s son, Charles the Second, was restored to the throne and the Restoration Age with the King’s mistress Nell Gwyn, the orange-seller girl, being invited to Court and the Puritanical dignitaries displaced.

Today the hardworking 86-year-old Queen of the same lineage is the custodian of the best of British traditions and she makes it her business to ensure the continuance of ceremony.  Her husband, the Duke of Edinburgh, and their son, Prince Charles, preside over more than 200 charities, to which, Prince Charles in particular, gives his personal attention. For all this value, we are told this costs only six pounds per year per adult of the population.

Surely the recent crowds that braved the weather for the Queen’s Diamond Jubilee and the worldwide amazement and admiration of her activities at the opening ceremony at the London Olympics prove her popularity beyond doubt. God save our gracious queen.