Growing Up In Kenya 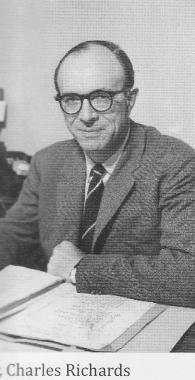 A propos of my book A Kenya Childhood I have been reading two interesting books recently – An African Childhood by Janet Lewison andMishkid: a Kenyan Childhood by David Webster. Janet Lewison is the daughter of Charles Granston Richards, whom many will remember from the East African Literature Bureau and the Kenya Mountain Club. He went to Kenya in 1935 with the Church Missionary Society, with the responsibility of encouraging literacy among Kenya’s indigenous peoples. He wrote a report which resulted in the founding of the East Africa Literature Bureau, of which he was the Director for fifteen years. The Bureau published newspapers and books in local languages, and was profoundly influential in extending literacy. A good and scholarly man, Charles was very kind to me when as a schoolgirl I visited the Richards house at the bottom of the hill leading up to the Kenya High School at Kileleshwa. Former girls from the school will remember his wife, Mrs Richards, a remarkably beautiful teacher at the KHS.

David Webster is the son of Eric Webster, of the Bible Churchmen’s Missionary Society, a missionary in Marsabit for many years. It was then a remote place and there is a particularly poignant passage in David’s book: ‘Just inside the forest edge was a small enclosure surrounded by a high kei apple hedge.  Within the enclosure was a gravestone.  This is where Wesley Haylett’s wife had been laid to rest, a symbol of the ultimate sacrifice that a missionary could make.  The hedge was to protect the grave from wild animals.  It had grown wild and the grave was uncared for, forgotten.  This made me sad.  I did not know Mrs Haylett – she died long before I was born.  But her widower and child were not there to care for her grave.  So I took it on myself, from time to time, place a few flowers on the stone.’ David is now a doctor in England. I wondered who Mrs Haylett was and discovered her name was Evelyn Mary. She arrived in Marsabit on 24 March 1932, but died a few months later, on 14 June 1932, when an influenza epidemic hit Marsabit. Her husband, Alfred Wesley Haylett, stayed in Marsabit with Eric Webster, making extensive evangelising missions among the Gabra, Borana and Rendille. Webster wrote a Borana grammar and translated parts of the Bible into Borana.

Both Richards and Webster made huge sacrifices in their desire to bring literacy and Christianity to Kenya, and it is sad that such people are often vilified as oppressive colonialists. The missionaries were not there for what they could get, but for what they could give.