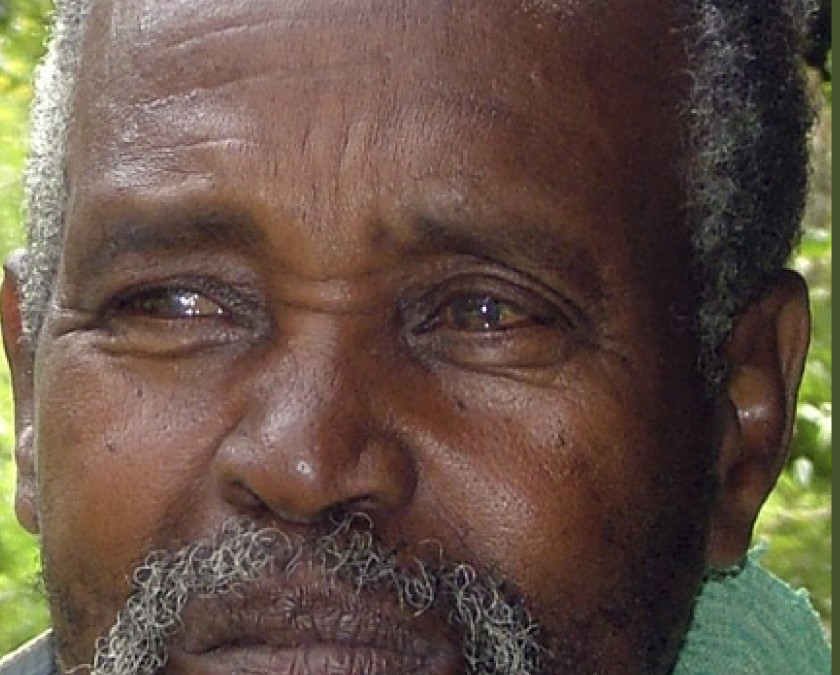 Solomon Njihia was the head chef for the Rift Valley Academy kitchen when I was a student there in the 1970s. I just heard he has passed away. Another link to Kenya’s past has gone. About eight years ago I interviewed Solomon and he told me a story of how he and a group of home guards captured some escaped prisoners after the Naivasha Prison attack during the early years of the Emergency. The story appeared in issue 11 of Old Africa and we thought it would be good to share it again.

1953 We noticed a group of people walking up the road in a line at about 11 p.m. near the Kiambogo School above the AIM Kijabe mission station. We went out and stopped them by shouting, “Halt!” We asked who they were.

They replied, “We are the ones who were released from the Naivasha prison by the Mau Mau.” They explained they just wanted to find their way home. Many of our people worked at the mission or had gone to school there. A number of us had been recruited to serve as home guards. Some of our home guards started slapping the escaped prisoners with their hands. Others said to stop because we didn’t know if these people were bad or not. They had been in prison, but that didn’t mean they were Mau Mau. We decided to tie them up and return them to the police.

We found ropes and tied the escaped prisoners two by two. We borrowed a Mercedes lorry from Nahashon Mbugua, which he used to carry’ vegetables to the market.

We loaded the escaped prisoners in the truck to carry them to the closest police post, which was near the Kijabe railway station. Jonah Wainaina, who worked as a driver at the mission, drove the truck. As we drove we discussed whether

to stop by the mission and tell Bwana Jambo (Rev. Welles Devitt who helped organise the Kijabe home guard unit) what we were doing. Others said we should pick up Paul Teasdale, who helped Bwana Jambo with the home guards and lived with his parents by the Bible school. Someone said we would certainly meet Teasdale on the road to the police post. So in our hurry to return the prisoners, we didn’t stop to tell Bwana Jambo.

We arrived at the police post near the Kijabe railway station, but hadn’t met Teasdale on the road. An askari stopped us at the gate of the police post. He alerted the one British policeman at the post that a group of Africans had arrived in a truck. The British policeman didn’t ask who we were, but told his askaris to shoot. They fired bullets into the air above our truck. We shouted, “Home Guard! We’re Home Guard!” But the policeman thought it was a ruse. He and his men started shooting at the truck. Two of our home guards, brothers Nelson Mwangi and Paul Mwangi, who had been standing at the front of the truck bed, fell back into truck with bullets in their bodies. The police kept shooting at the truck. The rest of us in the truck, including the recaptured prisoners, lay down in the bottom of the truck, where the bullets weren’t as likely to penetrate. Our driver, Jonah, had been outside the truck with Elisaphan Machaga trying to explain that we had captured the escaped prisoners from Naivasha. When the hail of bullets came at the truck, Elisaphan was wounded in the leg. He and Jonah slipped into the darkness out of the range of the bullets. Jonah then ran to Kijabe to get Bwana Jambo. We stayed in the back of the truck, not sure what to do next. Occasionally bullets would slam into the truck so we kept our heads down. After what seemed like hours, we saw the lights of cars coming down the hill behind us. The lights pulled up behind us and we saw British army trucks. Many British soldiers leaped out of their lorries. We listened to them shouting out commands. “About turn. Right turn.”

Amidst the sounds of the soldiers, we suddenly heard a familiar voice shouting in Swahili. “Waacheni kuwapiga. Si watu wabaya. Stop shooting them. They’re not bad people.” It was Bwana Jambo. We learned later Jonah ran all they way to Bwana Jambo’s house at the mission and told him what had happened. Bwana Jambo quickly jumped in his car, collected Paul Teasdale and hurried down the hill, arriving soon after the lorries full of British soldiers.

When the British soldiers heard Bwana Jambo’s voice, they called out to him and asked if he was white. He and Paul Teasdale said they were. The soldiers asked them to come over to their truck. When they saw Bwana Jambo was white, the shooting stopped and the soldiers hurried to our truck to see what had happened. The Mwangi brothers had died from their injuries. I had burrowed in with the prisoners and other home guards on the floor of the lorry and hadn’t been wounded.

We found out later that the white policeman had called on his phone to alert Uplands and Kinangop that he was being attacked at the Kijabe police post by at least 300 Mau Mau.

Some of the 13 recovered prisoners had been injured by bullets. The soldiers took the prisoners we had brought in the truck.

Then Bwana Jambo drove our Kijabe home guard unit back to the mission station. He found us food and a place to sleep. Some of the other home guards who survived the bullets that night were Hudson Kamau, Joseph Mukora, Jacob Maguru and myself, the teller of this story, Solomon Njihia. I’ll never forget the night the police attacked our lorry.