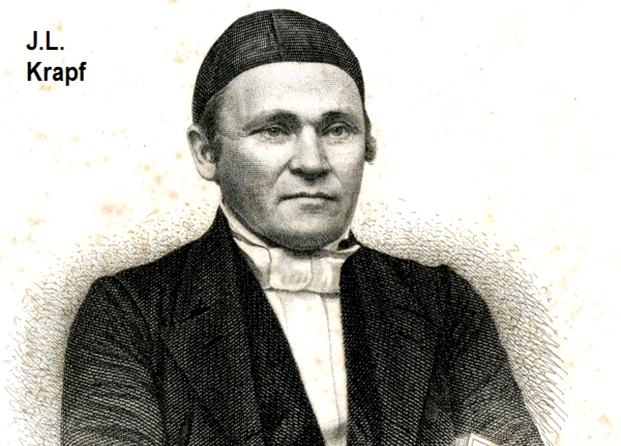 The first Christians to visit East Africa were Vasco da Gama and his crew, including Roman Catholic missionaries, in 1498. He did not, however, leave any of these in East Africa and the next missionary we hear about is Francis Xavier, the pioneer missionary, on his way to India, who had talks with Muslim leaders in Malindi in 1542. In 1564 the Portuguese Viceroy of India ordered that the gospel be preached around Mombasa and three years later an Augustinian monastery was established there.

Fort Jesus, with its Christian name, was begun in 1592 by the Portuguese, who occupied the town intermittently for the next century and a half. In 1597 the Augustinian friars at Mombasa claimed that they had 600 African converts, including slaves, Swahilis and Bantu people from the interior – among them the exiled King of Pemba. This is hard to believe, but the following year three Augustinian priests were stationed on the islands of Lamu, Pate and Faza. The Muslim governor of Faza also helped to build a chapel, resulting in a flourishing Christian community, and the Portuguese also built a chapel at Shela, on Lamu.

In 1607 the Brethren of Mercy arrived in Mombasa to care for the converts from Islam. The main buildings in Mombasa’s Ndia Kuu were the Convent of the Augustinians, the parish church and the church of the Misericordia.These were mentioned by a French visitor in 1846, but they have now all disappeared. In 1846 part of the Augustinian Convent had become the kadhi’s house, the small Misericordia church was the home of Suleiman bin Ali, and the parish church was being used as a cow byre. Along the cliff front beside today’s golf course are the remains of an oval structure called the Chapel of Nossa Senhora.

Disaster befell the Christians in 1626. The Swahili Sultan of Mombasa, Yusuf bin Hasan, returned from Goa as a Catholic with the name of Dom Jeronimo Chingulia, but he later renounced Christianity. Five years later he massacred the Prior of Mombasa, two priests and about 280 lay people, after they refused to renounce the Christian faith – they were known as the ‘Martyrs of Mombasa.’ Then in 1636 the mission on Faza was abandoned when the Arabs from Muscat invaded. A few years later the Arabs captured Fort Jesus from the Portuguese, whose influence along the East African Coast was finally extinguished in 1740. The Arab occupation meant that Christianity was suppressed until the arrival in 1844 of Johann Ludwig Krapf, the pioneer Church Missionary Society missionary at Mombasa. He was joined two years later by Johann Rebmann and a CMS station was established at Rabai. Krapf was a skilled linguist – in 1847 he translated Genesis 1-3 into Swahili. A year later appeared his translation of St Luke’s gospel into what he called ‘Nyika,’ and in 1850 he translated St Mark’s gospel into Kamba. He did not, however, have the same success with converting local people to Christianity. Not until 1851 could he announce that he had baptised his first convert. Krapf journeyed to England, returning to East Africa in 1862 with four missionaries of the United Methodist Mission to establish a mission in inland Africa. This was a failure because by the end of the year there was only one survivor, Thomas Wakefield, at Ribe near Mombasa. Charles New joined Wakefield at Ribe the following year and they achieved their first baptisms in 1870. New died in 1873 while attempting to establish an inland station. Meanwhile the British were interested in suppressing the slave trade on the East African Coast, negotiating with the Sultan of Zanzibar to this effect. This meant that the freed slaves had to be cared for and in 1875 Freretown, near Mombasa, was established by the CMS as a colony for freed slaves, many of whom were baptised. In 1883 the CMS finally penetrated the interior, establishing a mission at Sagalla, a mountain near present day Voi.

From this time on, with the establishment of an Anglican Diocese of Eastern Equatorial Africa formed in 1884, which had Bishop Hannington as the first Bishop, missions proliferated. There were disasters – United Methodist Mission missionaries John and Annie Houghton were killed at Golbanti on the Tana River, Bishop Hannington was murdered at Mumias on the way to Buganda, and the Holy Ghost Fathers had to abandon their mission at Kosi on the Tana after only a year. But this did not deter the missions.

The coming of the Imperial British East Africa Company in 1889, and the subsequent British rule, saw a burgeoning of missionary activity – the East Africa Scottish Mission opened at Kibwezi (transferring to Kikuyu in 1898), the independent Stuart Watt established himself at Ukambani, the Mill Hill missionaries settled among the Pokomo, and the Africa Inland Mission also decided on Ukambani. The coming of the railway made life much easier and missions flooded into the Nairobi area – Gospel Missionary Society (1897), Church of Scotland Mission (1898), Holy Ghost Mission (1899), Church Missionary Society (1901) and Africa Inland Mission (1901). The scene was set for rivalries that played out in the first decades of the twentieth century.