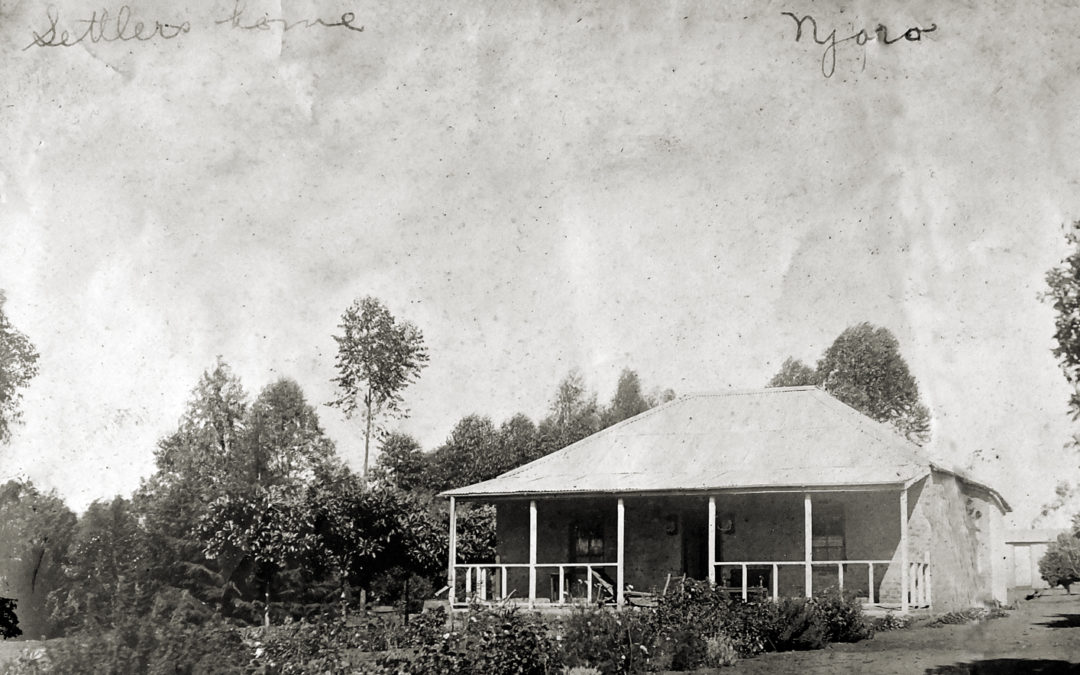 We can get an idea of the motivation of African farm workers if we look at some specific cases. Nellie Grant (Elspeth Huxley’s mother) went to Kenya in 1912 and farmed coffee at Thika. After the First World War she heard she had been granted land at Njoro in the soldier-settler scheme and decided to try her luck there. But she would need labour. How did she go about getting it? It seems she took some workers she already had, got others by word of mouth, and some arrived by chance. Here are a few examples of how people ended up on her farm, as told to her daughter Elspeth Huxley:

Kibunyu came to the Grants after working for Algy Cartwright, who farmed at Njoro. Cartwright sent messengers round to villagers saying he wanted to employ squatters at Njoro. He signed them on at Kabete. About 100 people from Kiambu and some from Fort Hall came to Njoro by train and Cartwright showed them where they could have gardens. When they arrived there were no Kikuyu, only Dorobo, and it was all thick forest. There were buffalo near the river and many bushbuck and forest pig. The Dorobo killed three of the Kikuyu. The Kikuyu drove the Dorobo away into the forest, cutting down the smaller trees and burning the big ones by setting fires in their trunks. During the war Kibunyu looked after the Cartwright farm.

Wambogo first worked for the DC John Ainsworth at Kilima Kiu. About 300 people were caught by Chief Kinanjui and sent there. A man could go home for good after three or six months, but Wambogo decided to stay on. He went to [DDJ] Fawcus at Njoro as a squatter because he had a friend there and was with him for nine years. When Fawcus sold the farm he went to Major Conduit for three years.

Muhihui came from Kiambu. He took the job with the DC called Scott as headman of porters carrying tax boxes. He stayed for four years. He heard his friends at Njoro had grown rich so came on a train to Cartwright’s farm. When Cartwright sold his farm, Muhihui moved to Jack Dawson’s where he stayed for sixteen years. He left when Dawson was in England and the German clerk beat them. Then he went to Mrs Grant.

Mithiro quarrelled with his family who put a curse on him. So he left Fort Hall for Thika and laboured on Kichanga’s [Roy Whittet’s] coffee farm. Then Mrs Grant decided to go to Njoro and he hoped that the land there was good so he went to her and was given a shamba, but he did not work for Mrs Grant because his son did it all. His job is to look after the goats.

Kibuba came from Gethumbwini. He wanted to see the world so went to the Kilima Kiu estate near Kiambu and was employed in the vegetable garden. Then he became a driver for Kichanga [Roy Whittet]. Then he went to [Hugo] Lambert’s farm as the mynapara for three years. Then there was the war and all Europeans went away and he and the Maasai clerk called Sammy looked after the farm. Then his sister and brother and mother were poisoned and died. He heard that the Grants wanted squatters so he got a pass from the DC to go to Njoro. Kagama came from Maguga. He went with Ainsworth to be a policeman and fought the Ndia, Embu and Meru. Then he went by train to Nandi where he stayed for four years but his father died so he returned to Kikuyu. There was not enough land there so he went to [Galbraith] Cole’s farm at Njoro and got a shamba. Then Cole sold on the farm to [HM] Harries. Then the Maasai were driven past by the government and they came this side of Rongai to Menengai and turned back to Njoro over Harries’s farm. They watered at a spring on his farm and paid him two cows for each herd of 100 cows. It took four days for them to pass. They were very indignant at being moved. The young Maasai wore spears and shields and full head dress and were painted red and white. The elders went in front, then the cattle, then the young men driving them, and then the women driving the donkeys loaded with pots and skins, and then the children. Some Dorobos went in front as guides. There were small paths through the forest and the moran cut a broad path for the cattle with their swords. About a year later the Maasai women came back over the Mau because there was a famine and they came to look for food. They had no money so the women worked in the Kikuyu shambas and were paid with food, which they took back. Kagama stayed on Harries’ farm during the war. His son ran away aged twelve to Kijabe mission and came back after six years. Teachers at the Kijabe mission in about 1909.

Nanga came from Limuru. The Maasai came to fight the Kikuyu. He and hundreds of other Kikuyu followed the Maasai to Mau and captured their cattle and goats. There was a great famine and his mother died. Two Europeans came to Wanyaki’s village near Nairobi and built houses. They had a small boy to look after the sheep and he became Chief Kinanjui. Nanga began to cut trees and carried them to Machakos for a European. His mother was a Maasai who had been captured by his father as a little girl. Then he went to Nandi where he worked for a captain. Then there was the war and a rumour that the captain had been killed so he went to Njoro. He was given by a shamba by Cartwright, and when he went, [RA] Pelham-Burn and [Gillies ‘Fish’] Lindstrom tried to persuade him to go to them. But he heard Mrs Grant was coming to Njoro and she gave him a shamba. All is good now except for the order to remove the goats.

Mandina came from Kiambu, where his mother died in the famine [of the 1890s].He helped Clutterbuck build a house at Limuru, and he followed Clutterbuck when he moved to Njoro, staying with him for 28 years. He saw the Maasai driven away from Laikipia. They camped first at Ndodori, then went past Menengai to Rongai, but a European there refused to let them cross his farm so they returned to Njoro and then Mukuru, driven by askaris. There was much trouble at Njoro as the Maasai wanted to turn back, but the askaris drove them on, over Harries’ farm.