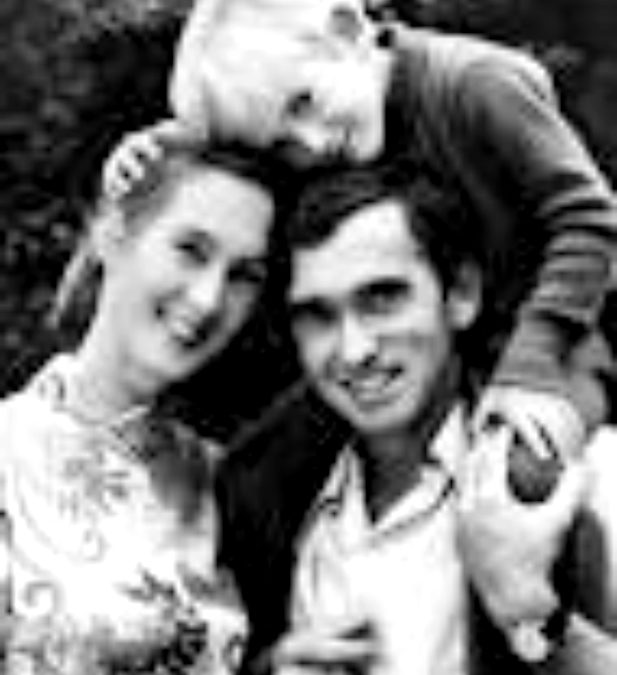 One of Hugo van Lawick’s wives, Jane Goodall, is perhaps better known to the public than he is. But van Lawick’s work was important in bringing the issue of conservation to the forefront of people’s interest.

Hugo was born in Surabaya, Java, on 10 April 1937, the son of a Dutch pilot. His grandfather was a general, the head of the Dutch equivalent of Sandhurst. On her husband’s death in 1941 Hugo’s mother moved the family to Perth, Australia, before the Japanese invaded Java. Hugo subsequently moved to England, where he was sent to boarding school until World War 2 ended and the family moved to Holland. He was not successful at school, having difficulty with reading, and left at sixteen. He spent eighteen months in the army. He started to photograph wildlife in Holland, moving in 1960 to Nairobi to become an assistant to Armand and Michaela Denis for two years. He then worked for the Game Department for a few months, staying with the Leakeys. He made a lecture film on Leakey’s work for the National Geographic Society (NGS) early in 1962. He argued with Leakey about whether man started as a scavenger or hunter. Leakey preferred the former, saying that man’s early tools were incapable of opening antelope or other large prey, whereas Hugo maintained that chimps did so, by catching and eating small antelopes, monkeys and other animals, tearing them apart and then eating them.

The NGS hired him to make three more films, one on Jane Goodall, working with chimpanzees in Tanzania. He borrowed money from his grandmother to buy a Land Rover and equipment and went to Gombe in 1962. He recruited students and built up a research station there, from 1963 onwards, when he administered the Gombe Stream Research Project, with its fifteen students. Meanwhile he married Jane Goodall on 28 March 1964 and in 1967 they had a son, also Hugo but known as ‘Grub’. They worked together from before dawn until after dark, observing the chimps, then having a meal and typing up notes till 11 pm. They were divorced in 1974 and Hugo married Theresa Rice in 1978 (they were divorced in 1984, partly because she disliked bush life).

Hugo’s films became internationally known and won eight Emmy awards. He was the founder of Nature Conservation Films WW. In 1975 Zaire rebels came across the lake and captured four of the Gombe students, three of them girls. Jane and Grub, with the other students, fled into the forest and escaped. The Tanzanian government believed the capture was organised by the CIA to disrupt relations between Zaire and Tanzania, which was supplying arms to the rebels. One girl was released and dumped near Kigoma with a demand for half a million dollars. This was paid by the father of one of the girls and the hostages were released. After that time no Europeans were allowed at the Gombe centre, the work being carried on by Africans.

Hugo had a camp just beyond Ndutu Lodge, with a superb view over Serengeti crater and lake. He was visited by Elspeth Huxley who heard that a bird perched on his hand cupping his chin, and drew two hairs from his head for its nest.

Hugo was a perfectionist, using his camera as an artist employs paints, with great patience. His aim was to get photos with three features combined – the animal must be doing something, the scenery must be spectacular, and the lighting should be beautiful. His best film was perhaps Solo, which took four months to shoot. A loner, and fiercely independent, he never worked for anyone else after the Denises. Yet he was also gregarious, working better with women than men. He cared much for wild life, always swerving to avoid chameleons and lethargic birds. His relations with his African staff were good, for he treated them as friends. He was given a permanent resident’s permit to live at Ndutu all his life. This he almost did, though three months of every year were spent in Europe. But emphysema forced him in 1998 to leave Ndutu, to live with his son Grub in Dar es Salaam. He died on 2 June 2002, aged only 65. He was buried where his tent had stood for 30 years at Ndutu, Serengeti.