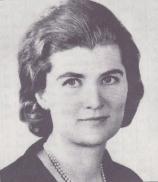 I watched the Olympic Games 800 metres final when Kenya’s Rudisha beat the world record and won the race in spectacular fashion. Everyone, including Sebastian Coe and Steve Cram, who really know how to run that distance, said it was the best race of the Olympics. The whole Games has been exciting and a great success. The opening ceremony was regarded as most unusual, but very enjoyable. London is now winding down as the world’s visitors, including all the excellent Kenyan runners, have gone home. Well done, Kenyan athletes!

News came to me recently of the death of my friend Kathini Graham. She was the daughter of Charles MacGregor Taylor, pioneer coffee planter who arrived in Kenya in 1908, and his wife Kit. Charles had come out to Kenya with a Gaiety Girl, but divorced her to marry Kit Sanderson, a great Kenya character who lived to the age of 100, the daughter of Nairobi’s first Town Clerk from 1904 to 1911, E.L. (Ted) Sanderson, a friend of the writer Joseph Conrad. Charles bought land at Lower Kabete (now the Kitisuru area) and developed the Kimari Coffee Estate. He also bought the farm Gethungwini, next to Kitimuru, the farm of Elspeth Huxley’s parents at Thika (or Chania Bridge, as it was then called). A polo ground was made at Gethungwini and all the neighbouring farmers became quite expert at the game. Elspeth Huxley’s first literary efforts were comments on the polo games for the local newspaper. It is thought that she fictionalised the Charles Taylor story in her book The Flame Trees of Thika. In the book the love affair between Lettice Palmer and Ian Crawfurd is the axis. Lettice is in a quandary whether to leave her husband, who has given up so much for her, particularly his army career (as, in real life, had Charles Taylor for his Gaiety Girl) to run away with Ian.

Kit Taylor went to the Kenya High School and Loreto Convent. She spent six years working for the Provincial Commissioner in Nakuru, and was also private secretary to two Governors of Kenya, Philip Mitchell and Evelyn Baring. She it was who arranged the new Queen’s hasty return to England upon the death of George VI. She married Donald Graham, a farm manager in the Rift Valley, and the family went to England in 1963. Kathini worked at the War Office, but this was dull after life in Kenya, so she set up her own company specialising in estate agency. She had a fund of stories of pioneering days and the hurly burly of life in Government House during the Emergency.