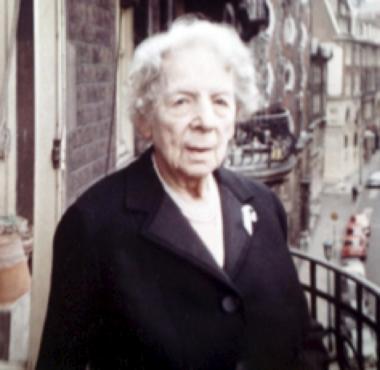 Last month we saw how Mayence Bent started the Stanley Hotel in Nairobi on Victoria Street (now Tom Mboya Street). She abandoned her so-called ‘husband’, William Bent (actually her step-brother) and took up with Frederick Francis Tate, fifteen years her junior (he was born in Wolverhampton on 30 June 1883). He arrived in East Africa in 1904 and worked for the Uganda Railway, becoming pier master at Kisumu. He then moved to Nairobi, where he was a part-time barman at the Grand Hotel and a piano-player at the Railway Institute, Nairobi (his family was musical – indeed his sister was the famous soprano Dame Maggie Teyte, who changed the spelling of her name). Fred was the son of Jacob James Tate, a wine and spirits merchant in Wolverhampton (and later hotel proprietor near Euston station, London), and his wife Maria Doughty. Fred was six years older than Maggie. His brothers Jacob and Sydney later joined him in East Africa.

Fred and Mayence went to Zanzibar to get married, probably to avoid speculation about there being no divorce from William. The announcement in Nairobi’s newspaper The Leader on 20 November 1909 reads ‘The marriage of Miss Mayence Woodbury with Mr Fred Tate was celebrated on the 9th inst. at the Catholic Cathedral at Zanzibar.’ May’s partnership with D E Cooper was dissolved in 1909 (he moved to Sotik and became a JP there, dying in 1929), and Fred became the manager of the Stanley. The hotel had thirty bedrooms and an annexe, but Fred and May wanted to expand. After all, they had a Bechstein piano and a Thurston billiard table to accommodate. In 1912 two plots came up for auction, one facing Hardinge Street (now Kimathi St) and one Sixth Avenue (now Kenyatta Avenue). Fred Tate bid for both plots, which formed a corner. The Tates commissioned architects Robertson, Gow &.Davidson to design the new hotel. In 1913 May sold the Stanley Hotel to Daniel William Noble, formerly Nairobi’s postmaster. But when they wanted to transfer the name to their new hotel, Dan refused and there was a law case which the Tates lost. They were forced to call their new establishment the New Stanley, and Dan’s hotel became the Old Stanley. The New Stanley opened in 1913, though Mayence did not apply to transfer the liquor licence of the Old Stanley to Dan Noble until 1914 (Kenya Gazette, 28 October 1914).

The First World War saw Tate serving with the local forces as a lieutenant and he then served on Nairobi’s Municipal Committee (Kenya Gazette, 8 January 1919). Meanwhile the hotel went from strength to strength, but personal tragedy was soon to strike the Tates. It is not clear what illness struck Fred but soon after the war he went blind and general paralysis followed. Mayence took him to London for treatment in April 1926, leaving the Stanley in the hands of managers Albert Ernest Waterman and his wife, who were later assisted by their daughter Ruby. They stayed in London for several years, until 1932, but nothing could be done and they decided to return to Nairobi, to Buku estate in Karen. Fred lay flat in an iron bed in the sitting room bedecked with flowers. He was read to by Mayence, her daughter, and a nurse. He interested himself in the names of new arrivals in the New Stanley and even in details of its daily menus. He was apparently totally without self-pity. Eventually Fred died on 29 June 1937 and he is buried in Forest Road cemetery, Nairobi. Mayence stayed on for about twenty years but sold the hotel to Abraham Block in 1947. She lived to a good age, moving to England and dying in Hove, Sussex, on 17 March 1968, aged 99. The photo shows her on her 98th birthday.