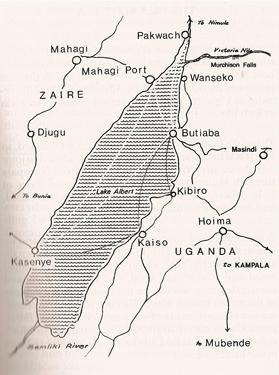 As I found more of my dad’s notes, I discovered some other interesting facts concerning the amazing Nile River, which flows north while going through the various African countries from its source in Jinja, Uganda. It made me think that when we take time to discover the course of God’s creation, its hard to deny he exists when his presence is evidenced through countless wonders in creation like the Nile, the only major river in the world to flow north.

Before leaving Cairo, the place of pomp and bygone Pharaohs, my dear dad wrote this observation: “The Egyptians must have spent most of their lives preparing to die!” My father and older brother Calving viewed the ornate tombs of the ancient rulers of Egypt, but I was too young to appreciate such a visit – sadly. I wonder how many of us are preparing for our future and final destination? It’s vital to live each day to please God our heavenly Father, the maker of heaven and earth.

As we traveled on the riverboat Nasir, we occasionally disembarked to do some sightseeing and visit the local people. We enjoyed seeing hippos and crocodiles, but had to be careful not to get to close to the hippos’ ‘spot’ as they are very territorial and aggressive. Due to shallow waters at this point of the Nile, we had to get off the Nasir so it could be winched from the sandy bottom where it had grounded. During this leg of the journey I came down with the mumps. I had to be quarantined because of the infectious nature of the disease. I was confined to a small room with little or no ventilation and the heat we nearly unbearable. Despite the quarantine, my siblings also contract the mumps.

At Tirakika – Mangall the Nasir had to stop again because of shallow water. This was our last day – February 26, 1946 – on board the Nasir. From here we boarded another boat and then transferred to a motorcar. Our next mode of transport was beach wagons, which took us down to Juba where we had an overnight ‘on land’ at the Juba Hotel.

We rode in another vehicle to the wharf at Juba where we boarded theLugard, which had several barges tied to its hulk where the Africans rode with their goods. On March 3, 1946, we were transferred to the Thomas Coryndon, a miniature ocean liner, which carried us to Butiaba on Lake Albert. Here we disembarked and rode 45 miles to Malinda where we boarded the Grant to cross Lake Kioga. The Grant was heavily loaded with five barges tied to its sides as it propelled us further up the Nile.

I remember being fascinated by the huge paddle wheels, as the water churned over the frame. We were now in Uganda and we travelled by a boxcar type train to Kampala, the capital city. This took eight hours. The train only had two compartments available, so we had 14 people crammed into the cars. Arriving at Port Bell, we took the lake steamer across Lake Victoria to Mwanza in Tanganyika Territory. From there a motor launch called a ‘poti-poti’ carried us to our mission station at Katungulu. The name reflected the sound the launch made as it crawled slowly through the waters of Lake Victoria.

At Katungulu the senior missionaries and African Christians greeted us at the rickety wooden dock. The missionaries there didn’t have a car, so we walked another two miles to our new home, the middle house of three dwellings in that humble mission compound. Our new African friends carried our trunks and suitcases. At last, after two months of travel, we had reached our destination! The Donner party had a simple cement square house in Tanganyika to call home!

I’ll remember our first safari to Africa for the rest of my days. We experienced God’s provision for us as a young and inexperienced family, eager to serve God whatever happened. Seeing God’s faithfulness on that trip shaped me as I have personally followed my own call to serve God in Kenya for 44 years. I am still encountering God’s faithfulness through all of life’s unexpected turns in the travels of life.