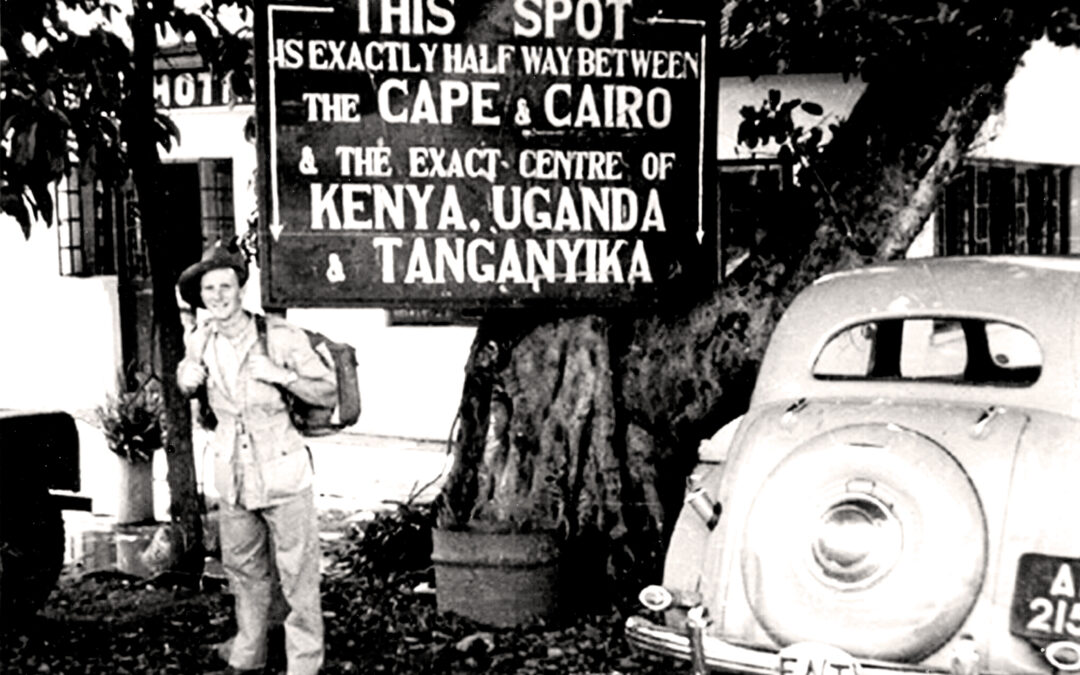 In Old Africa issue 86 (December 2019-January 2020) our History Mystery Contest generated many correct responses.  We could only publish the winning answer from Morag Urquhart from Scotland. But we have sent book prizes to the 11 runners up. Here are their answers

I know the answer to your history mystery contest in Old Africa issue 85. I recognize it as the New Arusha Hotel, which is still there although owned by a large South African hotel company now and it has been extensively remodeled.  I think that tree – or parts of it – might still be there. I was there last in February 2019. One can still find tourists in their safari outfits just like the one in the picture in that hotel, waiting for their big adventure to begin.

I do believe that I have the right answer. Arusha and Arusha New Hotel just near the Post Office. From 1990 to 1998 I used to work in Tanzania and travel widely. Arusha was my favourite spot to stay overnight. In the evening I used to have stroll around town. I think they changed the labels and fitted by welding the directions on a waterpipe three-inches in diameter. I do like this town and feel very much at home. My last visit was five years ago.

The photograph shown in your History Mystery Contest is taken outside the new Arusha Hotel in Arusha, Tanzania. The sign is no longer in this position, but it is now on a signpost in the middle of the crossroads. We often stayed in the hotel with our two little girls enroute from Tanga to Nairobi or Nakuru in the days when we lived in Tanzania and my husband was working in the sisal industry. After the heat of the Coast we always enjoyed the cool climate and the lush, attractive gardens of the hotel. Arusha in the 1960s was a quiet sleepy town and it is hard to believe how much it has grown and changed in our lifetime.

Arusha is said to be half-way between Cape and Cairo along the Great North Road. It is also close to the geographical centre of East Africa, which is why it was chosen for the Headquarters of the East African Community. I remember an incident in an Arusha hotel during a journey from Nairobi to Dar es Salaam in the mid-1990s. Somehow, I had been relieved of my wristwatch at the Namanga border so when we stopped off in Arusha I bought a cheap watch from a street trader, hoping it would at least see me through the rest of the journey. The next morning we enjoyed a full English breakfast (at extra cost) before going back to the room to find my new watch missing. Furious at having lost two watches in 24 hours, I complained bitterly to the manager, who kindly waived the charge for our breakfasts. It was only later that I realised the breakfast bill was considerably more than what I had paid for the watch!

The name of the town is Arusha, and the name is the New Arusha Hotel. The clues about the age include the bumper and the front right mudguard of the old Land Rover 1 parked on the left in the photo, and the EA(T)  on the car on the right, confirming it was in Tanganyika, as well as the car ‘reg’ beginning with ‘A.’ The not-too-high altitude is confirmed by the pawpaw tree on the left.

My own experience in the late 1950s as recounted by my parents, and as a distant memory of mine, when I was about 10 years old, was that we were on a safari holiday from our then home town of Tanga through the Usambaras including Soni Falls as a possible school for me, and on to Moshi, NgoroNgoro and Arusha.

The New Arusha Hotel dart board must have been the first one I had ever encountered It was positioned on a partition wall behind which were some parts of the kitchen. I was having my first shot at darts, all falling short of the board, when my dad said, “Higher, higher, HIGHER,” at which point one of my darts went flying over the partition wall, followed by a short, sharp, “Allah!” and a poor member of the kitchen staff emerging and saying so politely:  “Hii ni yako.” The New Arusha Hotel in Arusha, Tanganyika in the 1950s

The history mystery contest shows The Arusha Hotel in the middle of Arusha. Best lunch in town in early 1990s .

I believe that your history mystery contest photograph is of the Arusha Hotel in Arusha. There is an S visible in the photograph at about the right position to spell Arusha.
David Horsey, Mombasa, Kenya

It is my belief that the location depicted in the photograph is immediately outside the New Arusha Hotel, in Arusha, Tanganyika (now Tanzania). Further possible clues are: the international plate “EA(T)”on the car’s rear bumper bar; the licence plate, only half-shown, displays an ‘A’, surely part only of the symbol ‘AR,’ indicating registration in Arusha.

During many years residence in Kenya and Tanganyika, I frequently passed through Arusha, staying at the New Arusha overnight, and usually arriving there early enough to take a walk through the gardens down to the tennis court, where I’d sit on the bench there and relax for a little while. I remember a footbridge over a stream which bore a notice directing “Troops” to “Break Step,” which intrigued me, since it was of some historic significance itself even then in the late 1950s or early 1960s.

On one occasion, my brother and his wife took me to Arusha, from where we planned to drive round Kilimanjaro on the Sunday. Hoping for some good close-up photos, we were disappointed by the morning mist that surrounded the mountain. Later, when it had cleared, we found that we had not been looking upwards enough because the road was too close to the mountain. For all that, we had a lovely weekend, but no pictures to show for it!

The photo (This Spot is exactly half way between the Cape and Cairo, etc) is of the New Arusha Hotel, Arusha, Tanganyika (now Tanzania) as it was in the 1950s. The car on the right also provides clues, since its number plate (although only half visible) almost certainly reads AR, which was the registration code for a vehicle first registered in Arusha in colonial days, and it also has a Tanganyika identifying plate EAT (East Africa Tanganyika) as issued by the former AA of East Africa.

I definitely think that the location in the mystery photo is Arusha, Tanzania and the location is the iconic Arusha Hotel. Well, the hotel still stands and I have had the privilege of staying there numerous times. By the way they do have a lot of old photos adorning their walls – a treasure trove for Old Africa. If you haven’t already covered this establishment, I would definitely recommend it.

Your History Mystery is a hotel located in Arusha, Northern Tanganyika. I think it was the one I stopped at for lunch and a jar in late 1963, though I can’t remember the name of the hotel. But there was no such notice by that time – probably because people complaining about too many “exacts.”  How would you work out a center for the three main East African countries – and how much of Lake Victoria would you include with them?