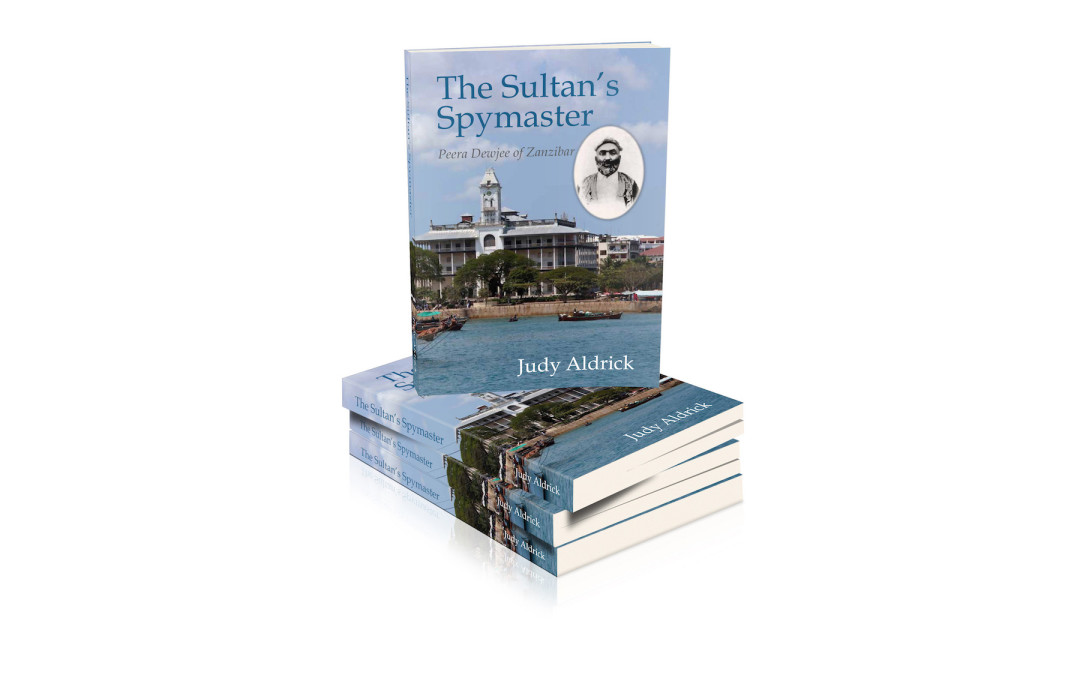 The Sultan’s Spymaster by Judy Aldrick is launching with 4 events and book signings starting this Saturday the 26th.  We hope you can attend one of the launches.

The Sultan’s Spymaster tells the story of  Peera Dewjee, an Ismaili merchant who crossed from India to Zanzibar as a boy. Later he became Sultan Barghash’s barber and valet, where he became a confidant to the Sultan and a trusted advisor. Peera Dewjee acted behind the scenes during momentous events in the history of Zanzibar and East Africa – the closing of the slave markets and imperial expansion by Germany and Great Britain.

The Sultan’s Spymaster displays 16 pages of rare photographs from Zanzibar as well as numerous old line drawings in the text of the book itself.

For those of you who can’t attend any of the launches, the book should also be available to order online on Amazon by the 26th of September. We will send out another announcement with details on how to order.