Rags to Riches no more 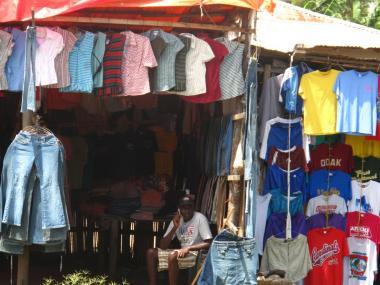 The phrase ‘from rags to riches’ has stood the test of time since it was coined in the Georgian days of the English speaking world to describe the one in ten thousand fortunate working class person who had overcome all the barriers the ruling class had thought out to stop him and had succeeded in climbing the ladder to material success. In Kenya, however, this has ceased to be true.

The gap between the developed and the developing world is becoming wider every year, despite half a century of promises that it would soon close. The tiny number of the establishment ruling corporate capitalists became fewer and fewer and each is becoming richer and richer and they have now closed their ranks completely so that not even one in ten thousand could join their ranks.

The strange thing was that the increasingly impoverished proletariat in the developing world was actually becoming better dressed. The reason for this was that clothing sold from High Street shops of the developed world were later being donated to groups like Oxfam, which collected large quantities of clothing from the idle rich, who discarded articles of clothing they had become tired of, and which they no longer required, not because the clothes were worn out but because they were ‘out of fashion.’ Hundreds of shipping containers containing used clothing crossed the seas every month from the developed world to the developing and the income bracket of the working classes discovered that smart clothes now in piles in what the Kenyan’s call mitumba markets were now available at reasonable prices. A Saville Row suit, for example, whose original cost from a bespoke tailor could well have exceeded 500 pounds sterling, was available at a discount of 95%! Far from wearing rags, the labouring classes of Kenya walked to and from work in clothes, which would not have been out of place in the stalls of any of London’s West End theatres. They may not have become rich, but they were certainly not wearing rags.

On the matter of wearing rags, to the eternal disappointment and concern of my long suffering wife, I am the antithesis of being clothes conscious. My favourite sports jackets are usually patched with leather elbows and my shirts are never discarded until they became frayed around the collar. My trousers are pleatless and grubby.

I used to make it a point to brief all incoming safari clients in a four star Nairobi hotel resident’s lounge. My staff of African safari drivers, unlike me, took a pride in their safari costumes and were immaculately turned out in brand new looking safari jackets and silk shirts. I was sitting at the bar with a returning client on one side and one of my drivers when a freshly-arrived client spoke to the driver next to me and said, “Excuse me Sir, I wondered if you could help me. I have been told to contact the person who organizes the Dick Hedges safari I have paid for and I can’t seem to find him anywhere.”