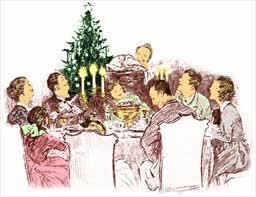 There is a common misconception that Christmases are not as enjoyable as they were in the past. In any case celebrating Christmas in the tropics never has been and never will be as good as celebrating it in the Northern Hemisphere.  Of the many abilities of the early expat settlers to East Africa, creating social clubs and staging pantomimes are amongst their best. Every settlement, however far flung, found itself with a cozy clubhouse a veritable ‘common room’ of social activity and often with a nine-hole golf course laid out around it. Every Christmas an amateur dramatic pantomime would be staged of extraordinary excellence, a traditional social custom which peaked in the 1960s and continues to this day. The inhabitants of the United Kingdom and other countries of the northern hemisphere assume that Christmas is just not Christmas in the tropics. I would beg to differ, particularly in the tropical Commonwealth countries, and suggest that the potential for enjoying Christmas celebrations is equal if not greater in these countries than those in the northern hemisphere. Consider first the opportunities of celebrating the original religious masses for Christ on his birthday. The vacant spaces in the lines of cathedral and church pews and the availability of kneeling hassocks is sadly plentiful in both places. The opportunity of joining in the singing of Christmas carols is also equal. Should you wish, as most of us do, just to tune in to ready-made Christmas by switching on the ‘box,’ the number of channels is the same. Of the hideous commercialisation of Christmas we in the tropics are slightly less guilty because there are less supermarkets per head screaming for our cash. We are therefore left with the question of whether the climate is more pleasant in the north or in the tropics. A traditionally white Christmas with a sprinkling of crisp snow is, I am afraid, an ‘I wish.’ It must be remembered that in the north the best you can hope for is a muddy slush, more probably pouring rain and an icy wind. In contrast to a white Christmas and Sherry in front of a log fire, the tropics offer glorious sunshine, a warm Indian Ocean and ice cold Tuskers galore. We will even hang bells on the coral reef for the fish to tinkle and produce Flipper the flat-nosed dolphin to lead Father Christmas’s sled team. So who will join in fun and games amongst the palm trees breaking tradition perhaps with a cold turkey salad, mince pies and vanilla ice-cream for Christmas lunch? I would also cite a traditional English Christmas greeting from the author who added geniality to the religious holiday. Despite the Victorians’ disillusionment with Charles Dickens for the latter part of his life; he was surely the greatest English storyteller of all time. We can think of no better greeting to send you than that which Dickens sent to his friends in 1864. “Wishing you many Merry Christmases, many Happy New Years, unbroken friendship, great accumulations of cheerful recollections, affection on Earth, and Heaven at last for all of us.” We would only add – and on earth, peace and goodwill to all.