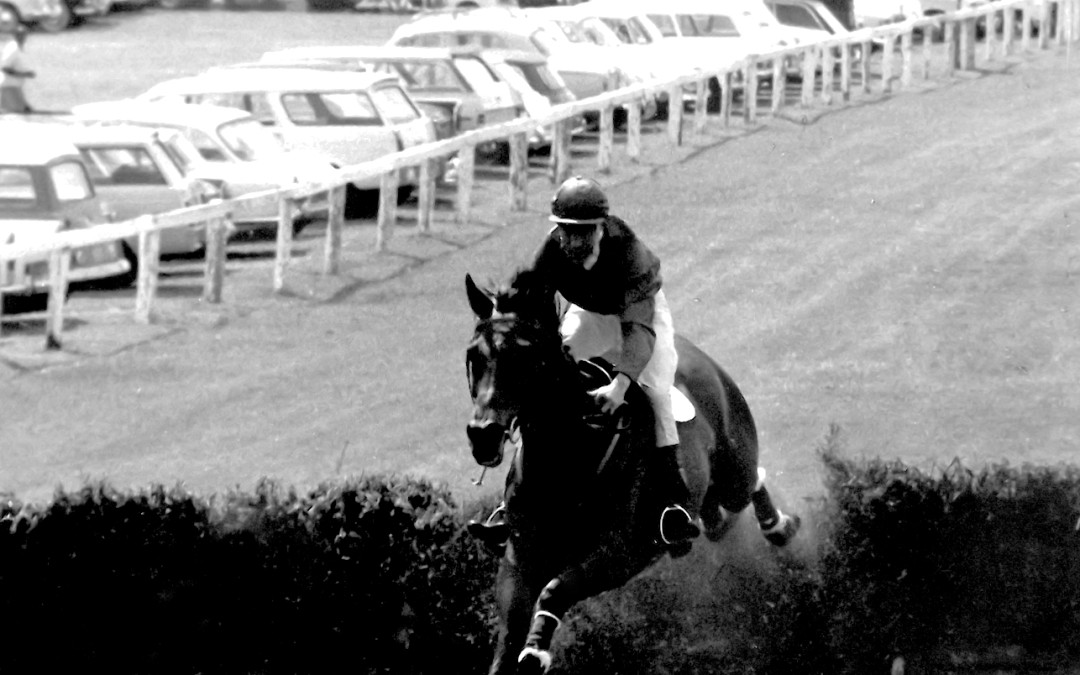 Old Africa has been working for over two years on a project covering over 100 years of horse racing in Kenya. We’ve just completed the rough edit of the full book and are moving into the stage for final editing and photo selection. I think we can use about 300 of the over 900 photos collected so far. Here’s a sneak preview of one race in Nanyuki that didn’t go as well as it should have. Gentleman Rider Rowland Minns wrote the piece, which will be included in the book. Rowland Minns riding Beaujolais in an Open Hurdle race in Limuru in 1969. This was NOT the horse mentioned in the story that follows.

A BAD RIDE IN NANYUKI

Another incident at Nanyuki was on a horse owned by another farmer, which had been ‘warned off the course’  for being uncontrollable (the horse not the farmer). This meant the horse couldn’t ride in official races organized by the Jockey Club of Kenya, but no one seemed to care if the horses ran in the gymkhana events upcountry.  I asked the farmer what it was like and all he said was that ‘it could go a bit’ but tended to throw its head around. It appeared in the paddock led by no less than two syces, who appeared to have great difficulty in controlling it. When the word came to mount, I took a flying vault into the saddle as it was far from stationary at the time and then told both syces to let go of it thinking this might help. The race was right round the course and the start opposite the grandstand.   We were asked to canter some way up the course, turn round and come back to the start in a controlled manner.

My ride immediately started ‘fly-leaping’ with an agility which likened the vertical take-off on a harrier jet to a mere hop off the ground. Peter Whitehead, among other things a professional horse-breaker who I used to help with young animals, said its hind legs were above the level of the rails so heaven knows where its forelegs were. The rest of the field were hacking back to the start when eventually I managed to turn the creature round to follow them and did so in a series of even more violent fly jumps.

Gerald Littlewood was the starter and had positioned himself provisionally in the centre of the course. He had lined the rest of the field up when he saw my mount appearing, he shouted, ‘Wait, wait, wait, GO!’ He dived for safety under the rails. I won the race but was then disqualified on weighing in as the horse’s acrobatics had split the weight cloth and lost two pounds of lead.

On riding back, the horse was collected by the two syces – this prior to being disqualified – who said, ‘Bwana, mzuri sana!’ I asked which of them rode it and the answer was neither. I then said the horse appeared to be fit. ‘Oh yes,’ they said, ‘but no one rides it. The bwana puts it into a big field and for half-an-hour each day we take turns throwing clods of earth at it to make it gallop round!’