Sports for Peace in Laikipia 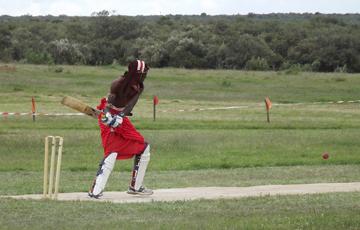 My wife and I attended the fourth edition of the Laikipia Highlands Games, which attracted over 600 athletes to Kuki Gallman’s Olari Nyiro Ranch on September 24, 2011.

Following the athletes’ parade, the games commenced with a demonstration of traditional spear throwing where warriors speared a rolling hoop. The sports day, well organized by Martin Keino, included a children’s 100-metre sprint and other races – even a unique 4 X 200-metre relay – as well as six-a-side footfall, volleyball and even a cricket exhibition match between the Il Polei Maasai cricket warriors and the Rift Valley Sports Club.

Kuki Gallman, who hosted the event, said she had wanted to do something positive in the community as a memorial to her son Emmanuel.  “I wanted to do something to promote peace,” she says. So in 2008 she started the games on the 35th anniversary of Emmanuel’s death.  Many groups, who commonly raid each other in the area, come to the games and have their first chance to get to know people from other communities in a peaceful neutral venue.

The games ended with various teams pulling on a long rope, but instead of calling this a ‘tug-of-war’ the competition was renamed the ‘tug-of-peace.’

US Ambassador Scott Gration, speaking at the awards ceremony, said this event where individuals and teams competed on the field in sporting events was the “foundation for peace in Kenya.” A number of dignitaries flew in for the event, including the Canadian High Commissioner and the Ambassador for Cyprus.

We really enjoyed our weekend on Kuki’s ranch and pray that lasting peace will come to the area.