The Freelanders – A Mad Socialist Experiment in Kenya 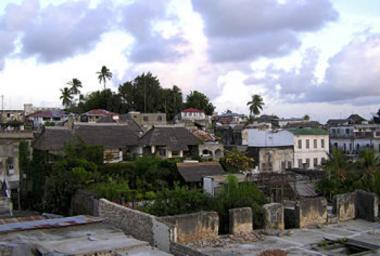 The Imperial British East Africa Company, which administered Zanzibar and part of East Africa, received enquiries in June 1894 from an organization calling itself the British Freeland Association of the International Freeland Association. It had devised a plan for a socialist settlement in the area of Mount Kenya. Initially a small expedition was to travel up the Tana River to the head of navigation and from there move to an area north of the mountain which was purportedly extremely fertile and virtually uninhabited. The plan was referred to the Foreign Office, whose internal memorandum expressed doubts, saying it was a little bewildered by the whole project, not really understanding what the Freelanders wanted.

Who were the Freelanders? The International Freeland Association had been formed following the publication of a book called Frieland written by Dr Theodore Hertzka who was well thought of in Austria as a journalist. In his book Hertzka laid out his plan for a utopian settlement operated on socialist principles, each member of the community working to his ability and being rewarded to his needs. All property would be held communally. The International Freeland Association was formed in Vienna to implement the plan and a British group was established with an office in London. The first batch of sixteen potential colonists, with at least two wives, the ‘Pioneer Party’, sailed from Hamburg on 28 February 1894. It was a bizarre assortment: along with German, Austrian and British anarchists, were a Russian, who was apparently the son of a Danish cabinet minister and the lieutenant in the Danish navy, a New Zealand seaman, and a serving Austrian army officer. None apparently had any experience of African travel. The wives were later described disapprovingly as having ‘advanced views’.

Dr Julius Wilhelm, an Austrian chemist, was the leader, and he and his group arrived in Lamu on 6 July 1894. The second group of Freelanders and a steam launch would follow. The first group settled on Lamu to await their arrival. They did not make a good impression on the locals. Few of them were amenable to any form of discipline and a lot of time appears to have been spent drinking and trying to interest the pretty Lamu ladies in the concept of free love. Meanwhile the second group had left Hamburg, one of the party being Captain Francis Sandys Dugmore, a retired British army officer, who was to have considerable influence on the enterprise. Dugmore maintained that he had joined entirely for the sport and exploration and there can be little doubt that he found the aims of the association difficult to grasp. He had retired from the army some years previously, apparently following the publication of a pamphlet which had displeased the authorities, and had supplemented his pension with some journalism.

The second group suffered a major setback. Unable to stop at Lamu due to bad weather, it had to go on to Zanzibar. When the members eventually arrived in Lamu they discovered that the New Zealand seaman had been drowned in a boating accident, apparently falling overboard while drunk, and many others of the party were finding the enforced idleness in Lamu difficult to cope with. Most were sadly disillusioned about the prospects of the project. Worse, no more funds had been sent out by Hertzka as promised and it seems likely the financial situation could soon restrict drinking in an unacceptable way. But towards the end of May an advance party, consisting of two Englishmen, an Austrian and a German, was sent up the Tana river, led by Rabinek, whom Dugmore maintained had been cashiered from the Austrian army for embezzlement and was utterly dishonest, a habitual swindler. This expedition reached fifty miles inland but was then hampered by strong currents.

In the middle of June Wilhelm admitted that it would be impossible to lead to an expedition to the interior of Africa with such a number of different and irreconcilable characters as he found under his command. The group had split into pro-British and pro-German factions. Dugmore listed the members with comments beside their names, such as ‘drunkard, thief and lunatic, with homicidal tendencies’, and ‘intriguing agitator, bitterly hostile to British influence’. It was now clear that Dugmore himself was excitable and unreliable as a witness. Wilhelm accused Dugmore of being a British spy and ordered him to leave Lamu. Dugmore refused to do so. Wilhelm made a decision to abandon the project and returned to Europe, while Dugmore remained in Lamu making a nuisance of himself.

Next month we shall recount what happened to this extraordinary character.