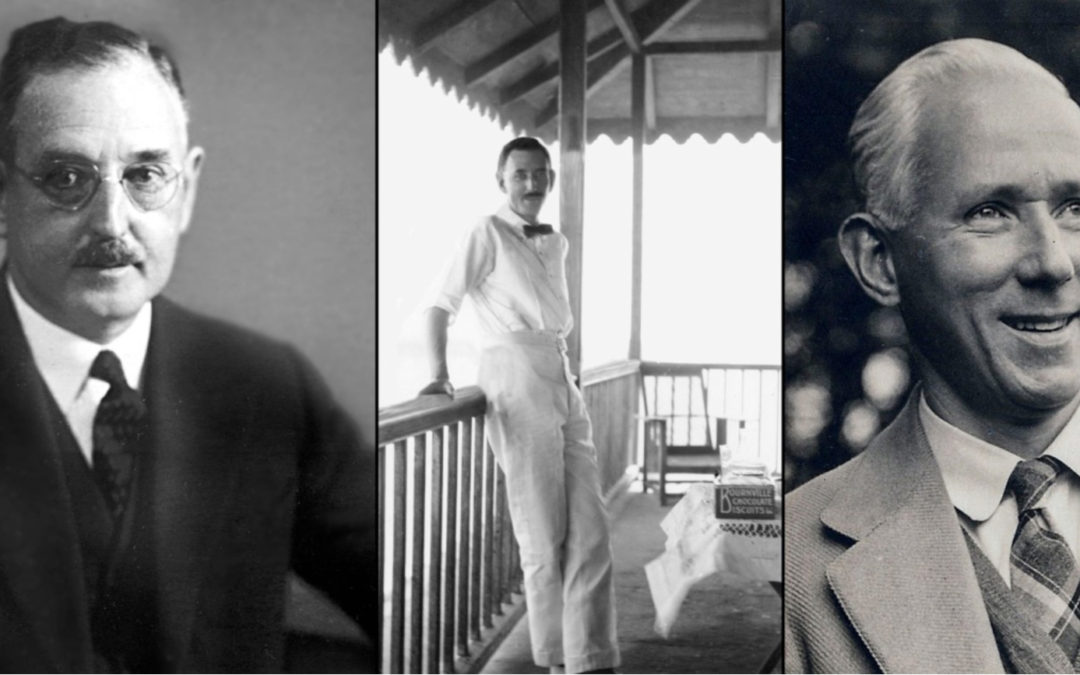 Last month I talked about the Mombasa Hospital. From 1920 onwards Norman Jewell was in charge of the establishment, and his letters and diaries show us what medical hazards were faced by Mombasa’s inhabitants in the 1920s. Jewell had begun his tropical medical career in the Seychelles, but on the outbreak of the First World War in 1914 he was appointed to the East Africa Protectorate and became an army doctor. He travelled with the troops all over Tanganyika, often working under appalling circumstances. It must have been a relief for him to have been posted to Mombasa after the war.

Jewell found there was a high standard of hygiene and health control in Mombasa, overseen by Dr Henry Speldewinde de Boer. To prevent plague, there were daily autopsies on rats, enabling Jewell to be forewarned should plague occur. Rat-catching was carried out assiduously. And food inspections and mosquito control were energetically pursued. Yet there were unforeseen hazards such as ten inches of rain in a few hours, which burst the pipes and flooded the streets, uprooted trees and washed boats from the harbour.

Then there was an outbreak of smallpox in Mombasa in 1925. Jewell made vaccination compulsory for all, and the only European who died had washed off the vaccine. Over 230,000 people were vaccinated. There were many cases among the African population of the disfiguring yaws, an infection of skin, bones and joints caused by a spirochete bacterium. The sufferers were injected with neosalvarsan as a treatment. But the high cost of this and other medicine was always a problem, and it was with relief that it was discovered by a Kenya doctor that bismuth, at only a penny a dose, achieved the same result as neosalvarsan. Gradually Jewell won over the Africans to accept surgery, and operations for cataract became popular. But the government did not supply the spectacles that were needed subsequently, so Jewell bought these (as well as peg legs for amputees) out of his own pocket.

In 1925 Jewell was transferred to Nairobi and its European Hospital next to the Arboretum and Government House. Now he had a good operating theatre, a fully equipped X-ray room (but without anyone to operate the equipment). There was a good medical laboratory in Nairobi in the charge of Dr William H. Kauntze. It was most useful in diagnosing cases of bilharzia, caused by a water-borne parasite working through the skin to the organs. Typhus was also prevalent. Kauntze and Jewell collaborated on a book published in 1932 – Handbook of Tropical Fevers.

There were at the time racial barriers to the appointment of doctors. Jewell was assisted by African medical orderlies and technicians, and Indian dispensers and sub-assistant surgeons. To get to medical cases he used the railway as the speediest and most efficient sort of transport, often sitting on the footplate or in the guard’s van. He was sorry that in 1932 government retrenchment released him from his duties and he returned to England. His son John H.A. Jewell was to return to Kenya in 1956 and become well known on the Kenya coast as a general surgeon and medical officer for thirty years, at the Mombasa Hospital. He was also a skilled photographer, as demonstrated in his Dhows at Mombasa (1969), written after he had haunted the Old Port for many years, enquiring about Arab dhows, carpets and chests. His book Mombasa the Friendly Town was published in 1976, followed by Mombasa and the Kenya Coast (1987). John’s daughter Sandra also worked at the Mombasa Hospital, as a single-handed radiographer, being the third of the Jewell generations to be associated with the hospital.