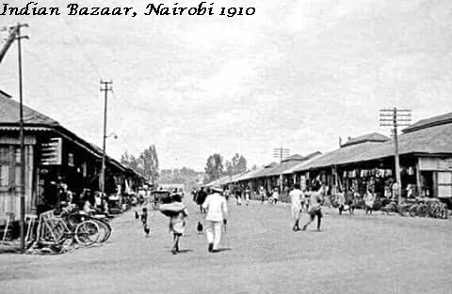 The early colonial governors of Kenya were much exercised by the unglamorous subject of sanitation, particularly in the swamp on which Nairobi had inadvisedly developed from the few storage shacks constructed there by the railway builders, before they tackled the long haul up to the lip of the Rift Valley. A municipal council and town clerk were soon appointed to relieve the governor of the unwelcome burden. The council organised the collection of the single buckets from households at night by ‘night soil’ collectors, who took the effluent outside town and buried it in malodorous trenches. The position of Nairobi in a sort of cup, and the nature of its soil, meant that surface drainage was most unsatisfactory and needed immediate attention. A sanitary engineer, G. B. Williams, was imported at government request to report on, and suggest solutions for, the problem. He was asked whether Nairobi should be moved to a more suitable location, but his conclusion was that the town’s removal was out of the question in view of the enormous expense and inconvenience it would entail, and, instead, efficient drainage would be comparatively easy. The following year, 1908, saw the commencement of the Williams scheme for the town’s drainage. Unfortunately its requested flushing of the drains was unsatisfactory because Nairobi’s water supply was insufficient. (The lack of sufficient water was also responsible for the delay in erecting a suitable jail and police lines, and in moving the African locations.) A sufficient water supply ‘remained under consideration’ throughout the next year, presumably because of lack of funds. But there was a triumph in 1909 – Nairobi’s main roads were metalled, resulting in a considerable diminution of the dreadful problem of dust. Now attention was focused on the unsanitary condition of the Indian bazaar, a problem which had much exercised Williams. He had wanted it moved.

The year 1910 saw electric lighting installed in Nairobi’s streets, but the Indian bazaar still remained overcrowded and insanitary. The following year saw the Governor reporting to the British Government: “At Nairobi the removal of the Indian Bazaar is earnestly desired by the Government and the public alike, but, pending some solution of the problem which will not unduly burden the finances of the Protectorate, it remains in much the same insanitary state as when reported on five years ago. New drains have been laid down in the town but their full benefit will only be apparent when further progress has been made with the main scheme. Gangs of convicts have been employed in making drains through low-lying, marshy pieces of ground, and in cleaning those which had become overgrown with weeds and vegetation. A leaflet on the prevention of malaria was circulated amongst all householders.” But what of the sewage problem? Sewage was still collected by hand and ox transport.

Yet the water supply improved. In 1911, instead of the seven gallons per head per day, 30 gallons were available, now that a larger pipe had been laid from the source to the township. One may wonder why the Nairobi river was not used, but it was heavily infected with typhoid germs.

The town was now growing quickly, with an influx of European settlers. There were extensive building operations in the streets, despite the lack of proper drains, and such drains as existed were kept indifferently clean by the convict gangs. And then the First World War broke out and plans were put into abeyance. There would have to be many improvements post-war if Nairobi was to develop further.