The Wrens in Mombasa in World War II 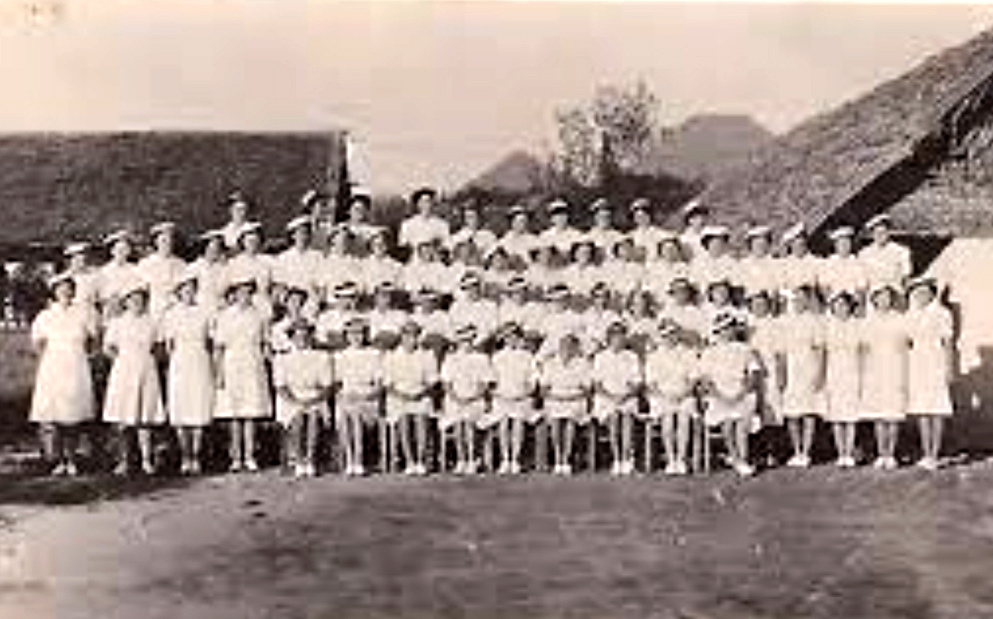 The Wrens in Mombasa in World War II

The Mombasa of today is so different from the Mombasa of the Second World War that it is worth having a look at what the town was like previously. One of the best people to describe it is an officer in the Wrens who was posted to Mombasa, arriving in a Short Sunderland flying boat with blinds carefully drawn as it flew through neutral Portuguese East Africa. Mombasa was brightly lit with well stocked shops, so different from the England of the day. Wrens were housed in the Lotus Hotel, run by Mrs. Lotus Johnson. They were part of a detachment for the Eastern Fleet, which had recently retreated to Mombasa from Colombo.

The Lotus Hotel had been commandeered for the Wrens and was comfortable apart from the ankle attacks from Mrs. Johnson’s mongoose. The Allidina Visram School was also commandeered for a headquarters for the Eastern Fleet and in a temporary banda in the schoolyard was set up the Cypher Office manned by the Wrens and FANYs, with Jack Nixon, Roger Hardman and Tony Holloway, in charge. These men and the FANYs were all local Kenyan people. Among the Mombasa FANYs were Susan Ridley, Rhoda Ransome, Cynthia Bellhouse and Bunty Goodall. The Wrens got about on bicycles because there were only a few rickshaws and taxis were rather expensive. Azania Drive from the Likoni ferry round to the Florida was shut off for harbour defences with concrete gun posts manned night and day. The golf course was not in action and the Florida degenerated into a derelict ruin, not to be restored until the early 1950s. The main hotels in Mombasa were the Manor and the Palace, and the Cosy Cafe was a good meeting place in town. There was a nightclub in Kilindini Road called the Nelson. Mombasa Club would not admit the Wrens as members, but allowed them to use the swimming pool.

When they outgrew their quarters, the Wrens were moved to a specially built camp on the road running down to State House. Leaves upcountry were arranged by the Kenya Women’s Emergency Organization, because all the Mombasa residents were busy putting up sailors from seagoing ships. There was a holiday camp at Tiwi, run by Mr. Disney Watt, a lame gentleman fond of regaling visitors with stories of his past career. There was a cinema in Salim Road, but you had to take a macintosh to sit on or you would be bitten by the bugs in the seats which left red weals that itched horribly.

Mombasa Sports Club allowed the Wrens to use the tennis courts and the Yacht Club in its temporary premises at Port Tudor allowed them to sail there. They also sailed on warship whalers in Kilindini harbour, careful not to go beyond the anti-submarine boom tended by the boom defence vessel. After a year in Mombasa the Wrens were moved to a new, secret headquarters. They left Mombasa in style, lined up on the deck of HMS Chitral. Some of them returned later as brides of Kenya men.