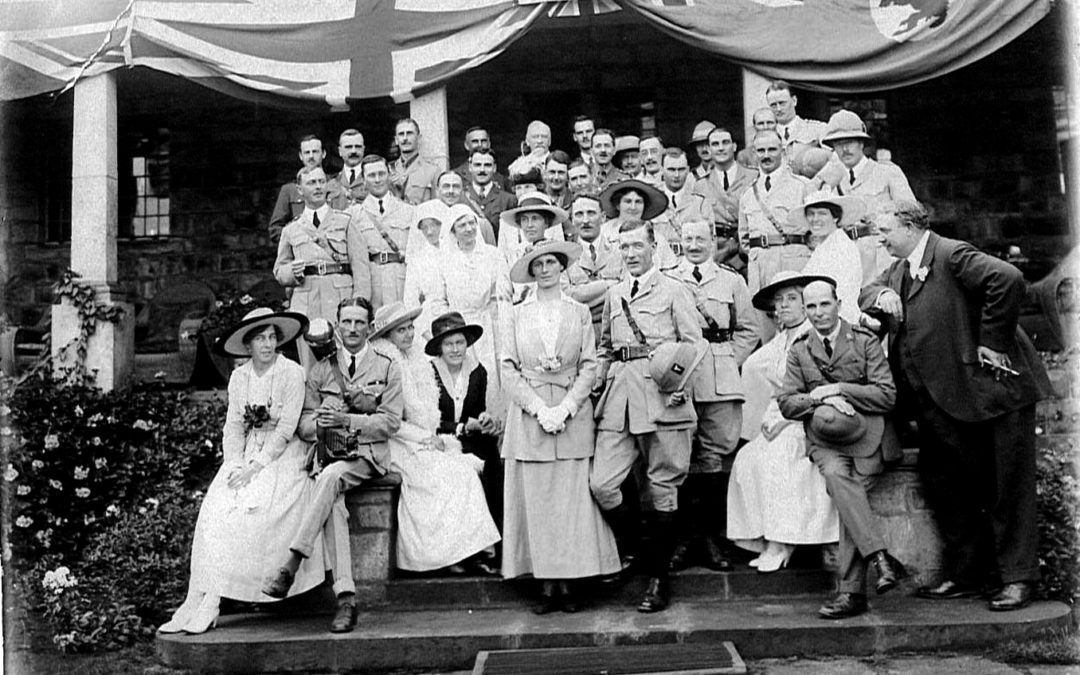 Last month we read about the establishment of the Scott Sanatorium outside Nairobi under the leadership of the nurse and midwife (Frances) Violet Donkin. Who was she? I mentioned her in my blog of 9 May 2012, but gave few details. She was born on 19 September 1875 in Kenilworth, Warwickshire, the second daughter of Edward Francis Donkin and Margaret Russell Wilford, who died in 1884. She was the great-great-granddaughter of General Sir Rufane Shaw Donkin (Port Elizabeth in South Africa was named after his wife, as was the Donkin Reserve there, forever a green space in the centre of the city). Violet was brought up by her grandmother Elizabeth Wilford, of 9 Church Hill, Milverton, Warwickshire. She trained as a nurse at the Royal South Hampshire Hospital and Southampton Hospital, and in 1903 qualified as a midwife with a certificate from the London Obstetrical Society. At the age of thirty-three Violet departed for British East Africa on 4 September 1908, arriving in Mombasa on 29 September. She was then recruited to head the Scott Memorial Sanatorium, an advertisement for which appeared in The Leader on 2 August 1913.

The Sanatorium flourished, with Violet active in her fundraising efforts, as detailed in the local paper:

The dance given last Friday in aid of the Scott Sanatorium was a great success. The fine Railway Institute, so well equipped for dancing … Smart society was well represented, while our visitors from the provinces, at Nairobi during Race Week, largely patronised the affair. The Stewards … were indefatigable in their attention to make everyone happy and comfortable. The supper was lavish and well laid out, supplied by Mr Campling of the Carlton Lounge … The band of the KAR supplied the music. Miss Donkin and the stewards are to be congratulated on the success of their efforts.

The Scott Sanatorium, under the skilful management of Miss Donkin, is going ahead and flourishing; at the present time being taxed to its full capacity. Among the occupants are Mr Claydon who, it will be remembered, was recently mauled by a lion, and who is progressing favourably; Mr Outram the well-known hunter; Messrs. A.E.Townsend, J.W.Parker, and Lieutenant Lloyd Jones. The present staff is somewhat overtaxed, but additional nurses are expected to arrive shortly.

H.K. Wood, wrote to The Leader (26 July 1913) with the suggestion that ‘all settlers, who feel ‘rotten’ and that life is not worth living try a course of, say, fourteen days at the Scott Sanatorium’ (Chania Bridge, 17 July). Violet Donkin, however, was soon to leave her post:

We are sorry to learn upon medical advice Miss Donkin has left for England for a change and we understand the popular lady is leaving with much regret so soon after the establishment of the Home; but she hopes her absence will not be for long.

It is highly likely that Violet left because her fiancé, Fritz Schindler, died in January 1914, actually in the Scott Sanatorium, after being mauled by a lion. But that is a story for next month’s blog. Here is Violet at her wedding to the farmer Donald Sharp on 1 August 1918. Northrup McMillan is on the far right of group picture below.