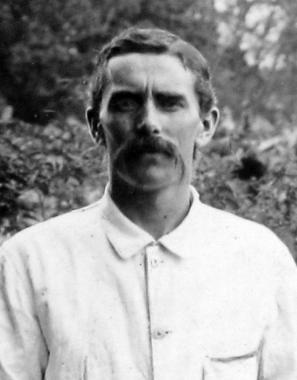 I was interested to read in the piece by Michael Aronson in Old Africa of Feb/March 2013 (Only in Africa section) that Michael had met Vladimir Verbi. I have always been interested in this man, a missionary tried for murder. When Canon Peter Bostock was still alive, I asked him about Verbi, with whom he had worked side-by-side in the Taita Hills CMS missionary station. Bostock had given evidence of good character in Verbi’s trial.

What happened was this: Vladimir Vassil Verbi was born in Shoumla, Bulgaria, in 1873. He was taken to Mombasa in April 1894 by the Revd A Steggall, and he went to work as a missionary in Taveta. In 1899 he married Dinah Mayor, a fellow missionary in Taveta, and they worked together in the CMS missionary station at Wusi. Verbi was a man with a violent temper – he once shot his son in the buttocks. His wife died in 1927. He married again, an Australian lady younger than his two sons. Not so keen on the missionary life, she accepted an invitation from friends to go to a dance at Voi. Verbi refused to let her go and locked her in a bedroom. Her mother found her daughter imprisoned, helped her get ready for the dance and sent her off in a car. Verbi returned to the house to find his wife gone. He argued with his mother-in-law and two shots were fired, fatally wounding the older woman.

Verbi reported the incident to the police in Voi, saying that he had been in the garden when his mother-in-law called out. He turned and his gun went off accidentally. Verbi was charged with murder when the police discovered that the house staff had heard hysterical arguments and two shots. A verdict of murder was returned by the jury, and Verbi was sentenced to hang. An appeal was lodged. At the appeal hearing defending counsel stressed that the judge had seriously erred in his summing up and had prejudiced Verbi’s case by not giving the jury a full account of the defence. The Court of Appeal acquitted Verbi. He died on 9 July 1956 at Mombasa hospital, of lung cancer. A wry comment on the affair was provided by a nurse at Wusi hospital: ‘I don’t consider it murder as it happened in the Taita hills.’