We Design them to Break 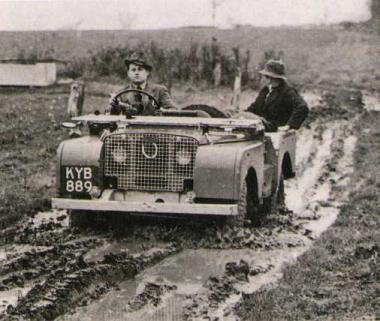 Arriving in Nairobi overland in the mid 1950s, I got a job as spares manager with Rootes Ltd, a British motor company that manufactured Commer, Humber, Hillman and Singer cars. Our average monthly sales were one Commer van and two private cars. Some time later a consortium of British motor companies importing vehicles to Kenya flew me back to the UK to discuss the issue of spares with the manufacturers. In my hand luggage I carried the cracked front cross-member of a Commer van, a broken half-shaft from a Land Rover and close-up photograph of a cracked Bedford chassis.

In Durnstable I showed the photo of the cracked Bedford chassis to the top brass. “You come from Kenya don’t you?” they asked.

“That’s it then! You are overloading like all Kenyan users do.”

“Impossible!” I answered. “We only carry 18 tourists. That’s under one ton in five-tonner.”

“That’s your problem then, underloading.” They told me the required more weight to stop vibrations damaging the chassis on bad roads!

Next I went to Coventry, the home of Land Rover. I showed their top designer the broken Land Rover half-shaft.

“How come one Land Rover driving from London to Nairobi suffered seven broken half-shafts?” I asked.

“We designed them to break to protect the differential.”

“How come a thousand Land Cruisers on East African roads have never broken one?”

“I was designing motor vehicles when Japan only made toys for Christmas crackers,” answered the Land Rover designer.

Finally I visited the dingy Coventry office of the Rootes and presented them with the cracked front cross-member from the Commer van.

“Do you carry three persons in the front of these vans?” the designer asked. On my reply to the affirmative, they explained that was the reason they kept breaking (10 out of 30 we had sold had broken).

Two years later after the Japanese invasion of Kenya, the Toyota agent was selling 200 units per month. They had trouble with the Land Cruiser’s front spring hanger and sent me to Japan.  At the splendid Osaka Toyota factory they had a miniature Kenyan flag waiting for me at my desk and organised an evening out with Geisha girls. After discussing the problem, 600 modified front spring hangers turned up in Kenya a week later with two Japanese mechanics to modify all Land Cruisers.

I drove the mechanics in a Toyota Corolla to Treetops after they completed their work. One mechanic had to use two hands to open the Corolla’s glove-box compartment lid, I jokingly said, “There’s a terrible design. How can the driver spare two hands to open the glove compartment?” A one-minute conversation in Japanese ensued. Within three months all Corolla imports had a convenient hook moulded into the glove-box for easy opening. Can there be any doubt why the British motor industry lost the battle for car sales to the South-east Asian manufacturers?