What Brought Lord Delamere to Kenya? 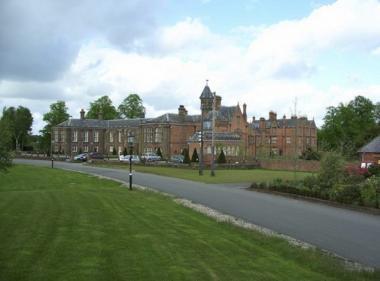 What brought Lord Delamere to Kenya?

Why would a young lord abandon his extensive estate in England and come to East Africa in 1899? Hugh Cholmondeley, educated at Eton, inherited the barony of Delamere and the Vale Royal estate in Cheshire when he was only seventeen, in 1887. Still an adolescent, with a violent temper, small and red-haired, he ran wild for a time, spending extravagantly. He left school and his crammer’s and took to hunting on his estate. English hunting was somewhat tame, however, compared with the hunting of wild animals in Africa recounted in the tales of derring-do so popular at the time. When Hugh was 21 he went to Somaliland to hunt, and became hooked. He returned there every year, on one occasion being mauled by a lion, an incident that left him with a permanent limp.

His African travels began to plant in Delamere’s mind the idea of settling on the continent. But where? He was rapidly running through his inheritance. His friend Dr Atkinson was persuaded by his worried mother to accompany him on another Somaliland trip (1897-8), and this time the caravan trekked southwards to Lake Rudolf, entering the East Africa Protectorate and reaching Marsabit. Further on, Delamere saw the Laikipia plateau and the Aberdares and the luscious land caught his imagination. The area was sparsely populated following successive famines and epidemics of both smallpox and rinderpest over the previous few years. It seemed wide open for development. For the moment, however, Delamere decided to go home to England to get married.

Africa beckoned again and Delamere decided to show the East Africa Protectorate to his wife, Lady Florence Cole, daughter of the Earl of Enniskillen. By now the railway had been built, so the couple travelled upcountry by train in 1899, collecting birds for the British Museum. Then they returned to England. Two years at Vale Royal was all that Delamere could stand, and he and Florence left for Africa again on 1902, leaving their baby son behind. The Governor of East Africa, Sir Charles Eliot, was keen to encourage white settlers, to help make the excessively expensive railway pay. A riding accident on the Athi plains laid Delamere on his back, encased in plaster of paris, for a year in Nairobi. Dr Atkinson was his doctor and, fired by Eliot’s zeal, was keen on farming in the area. Delamere arranged a present for him of a prize Shorthorn bull from the Vale Royal estate, and this animal fathered eighty calves in Kenya, the nucleus of the country’s grade herds. Delamere decided to invest in East Africa, but his income had dwindled to almost zero. He raised mortgages on Vale Royal until it passed into the hands of the receiver and he lost his English estate. This was not a popular move, and it was said that he ‘also placed numerous and quite valuable works of art belonging to the family estate, all of these items to be sold at public auction as listed in the “private catalogue” of Sotheby’s. It was during the period 1911-1930 that he broke up, disposed of and sold off … a very valuable library that had been built up over many years at Vale Royal Abbey, Cheshire, by his father, grandfather, plus previous ancestors of the Cholmondeley family. He did so without any consideration for the future of classical literature in England, which reflects his mental attitude toward education and culture; he was only interested in his own ambitions in Africa and to try and promote a white, European only, controlled empire of Kenya.’

Now Delamere was committed to Kenya. He borrowed so heavily from banks that his East African farm profits all went to pay interest. He was given a free grant of land in the Rift Valley, on the slopes of the Mau escarpment between Njoro and the Molo river, where he wanted to farm sheep and engage in dairying. He sent to Vale Royal for rams and ewes. Poor Florence lived on the farm in what can only be described as a grass hut, without a proper door or windows. After a while she was promoted to a wooden hut, with an uneven earth floor on which the furniture sent out from England stood at angles. She busied herself looking after pigs and poultry and ostriches. What a contrast with her life in Vale Royal. Next month we shall discover how she fared, wrested from her home country and put into what must have seemed to her to be very primitive living conditions.

Delamere’s sense of adventure and restlessness, combined with the coincidence of Kenya needing white settlers to pay for the railway, plus an enforced convalescence in Nairobi, all combined to make this young man throw over his English estates and possessions and invest everything in East Africa.