Who was Freddy Ward? 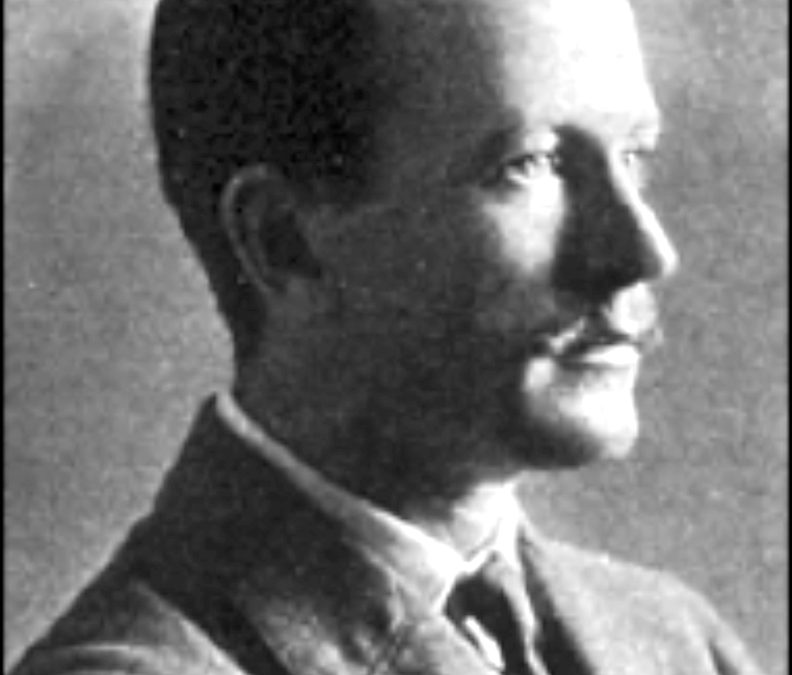 Who was Freddy Ward?

The name Freddie or Freddy Ward crops up so repeatedly in the early land dealings of East African settlers that it is worth finding out about the man behind the name. Like many of the early white settlers, Hamilton Frederick Ward fought in the Boer War (in the Oxford and Buckinghamshire Light Infantry and the Irish Guards, where he reached the rank of Major) straight after he left Eton, and developed a love for Africa. He came from a military family – his grandfather was Vice-Admiral James Hamilton Ward, from Viscount Bangor’s family, and his father Robert Frederick Ward was a lieutenant in the Royal Navy who died young, when Freddy was eleven (he was born on 3 September 1880). His mother Rose was left to care for Freddy and his younger sister Mabel, and in 1891 we find them living in a hotel in Bournemouth.

As soon as the Boer War was over, Freddy Ward organised a shooting party to travel to East Africa in 1904. He made a second trip in 1905, and fell in love with the country. He managed to get himself seconded to the King’s African Rifles in April 1906, as a lieutenant in the 3rd Battalion, from which he resigned in 1908. We first really hear of him in 1905 when he joined other colonists to protest against the death sentence of a white man for murder – Max Wehner, who had shot and killed a man he had hired as his guide to a hotel in Nakuru. Eventually the sentence was overturned by the Privy Council.

Ward tired of the KAR and resigned to occupy himself with business. He joined with Captain Jack Riddell and Marquis Ralph Hornyold in investing in the Boma Trading Company. The Company’s object was to develop trade through the barren northern area to Abyssinia and a trading post was set up in Marsabit in 1907. The government was not averse to this, because it might open up the remote north at someone else’s expense. Ward left for London to bombard the Colonial Office with letters about the Company in 1908. Certain conditions were required of the Company, should they trade with Abyssinia, and eventually Ward came to an agreement with the Colonial Office. Ward then went to Abyssinia with Riddell to get permits from the leader Menelik. These they obtained and set up trading posts at Dolo, Laisamis and Moyale. Trade was conducted in Abyssinian horses, boran cattle and sheep in return for beeswax and beads. Thus the new colonists could obtain stock hardened to African conditions, and cross-breed them with European and Australian sheep and cattle. Eventually the government set up its own administrative posts in what became known as the Northern Frontier District and the Boma Trading Company had to pursue its interests elsewhere. By now Freddy Ward was established in Nairobi as a land and business agent. New colonists were directed to him to purchase land. It was thus that he met Archie Morrison in 1912, when the rich financier was staying at Chiromo with Ewart Grogan. Morrison committed himself to investments worth hundreds of thousands of pounds, but insisted that a proper club be built. Thus the Sandbach Baker dairy farm at Muthaiga was bought in 1912, divided into lots and sold, and Muthaiga Club was built with a cheque made out to Freddy Ward for £60,000. Ward was interested in encouraging settlers to East Africa, and to this purpose in 1912 he and John Williamson Milligan compiled a Handbook of British East Africa 1912-13, designed for ‘settlers, traders and sportsmen … to introduce the visitor to a most alluring country, to the big-game hunter the finest hunting-ground, and to the prospective settler a land of great opportunity.’

On the outbreak of the First World War in 1914 Freddy Ward was put in charge of recruitment in Nairobi. The previous year, on 27 May 1913, he had married Violet Enid Jane Belfield, the daughter of Sir Henry Belfield, the Governor of the East Africa Protectorate. In the war’s medal list Ward is described as ‘served E. Af., unattached’ to a regiment. Two months after the outbreak of war Ward and his wife had a daughter, Sheila Marie Jane. Nine years later they had a son, John Frederick, who became a captain in the Irish Guards.

After the war Ward concentrated on his estate agent business, HF Ward & Co., in Nairobi. Then he decided to stand as an unofficial member of the Legislative Council, holding his seat for Nairobi North throughout the 1920s. He co-operated with Lord Delamere and Lord Francis Scott, who was a good friend, and spoke in many debates. He found time to be Chairman of Parklands Sports Club in 1924. A later Legco member, Michael Blundell, said he was widely known as ‘Freddy Fraud.’ Later the Wards moved to Kihurie, Nakuru, and in 1967 to South Africa. Freddy Ward died in 1971 and his wife Violet in 1972. His son continued to live in Kenya till his death in May 1979 (he is buried in St Paul’s church cemetery, Kiambu), but his daughter had moved previously to Pretoria, South Africa. Ward was one of the enterprising pioneers who opened up Kenya.

Information has come in about Stuart Watt’s son Frederick, born in 1894 at Ngelani, near Machakos. In my blogs I said Frederick was taken by his father to Belfast in 1902, to be educated at the Methodist College there. He then seemed to disappear and I speculated whether he had died, because his father had described him as weak and prone to fever. This turns out not to have been the case. Frederick stayed in Belfast, married, and lived in a big house in Rathmines, Dublin, in the 1950s. There he and his wife delivered supplies to the poor in Dublin’s slums. David Quigley’s mother worked for the family as a domestic. She described Frederick as tall and quiet-natured who did much charitable work. He had a son who became a missionary in Africa.

Postscript to my blog of February 2015 on JC Shaw

Roddy McKellar writes:
I came across your interesting article in Old Africa Magazine yesterday.
JC Shaw did indeed have two children (Nancy and Jim), sadly now both deceased (I have never heard of another sister). Nancy died a few years ago and Jim died on 18th June 2014, aged 92. Jim was happily married to his lovely wife Jill (from Birkenhead), who died in 2012.
They are survived by their own two children (David (68 I think) and Fiona (66 I think). Both David and Fiona still live in Karen – and Fiona (married to Rob de Boer) is still in the five-acre Karen plot that Jim bought at the end of the war. Both have children who were at school in Nairobi, so a true Kenya family / dynasty. Jim was educated at the Prince of Wales School (now Nairobi School). He was a great friend of my own father John McKellar and, as early air traffic controllers, they were instrumental in the building of the original air traffic control centre at Wilson Airport. Jim was a wonderful, gentle man and played golf at Karen Country Club for most of his life in Nairobi. He taught me to play, when my school (Duke of York) built a golf course in the school grounds (1964, I believe). Jim was also a Freemason and attended Lodge meetings regularly. He was a good rugby player – Nondies, I think. Jim’s sister Nancy was married to AJ Miller (who ran Phoenix Insurance, I believe). As a result, Jim worked for many years in the insurance business in Nairobi.