Small of Stature but Stout of Heart: Tich and Dolly Miles 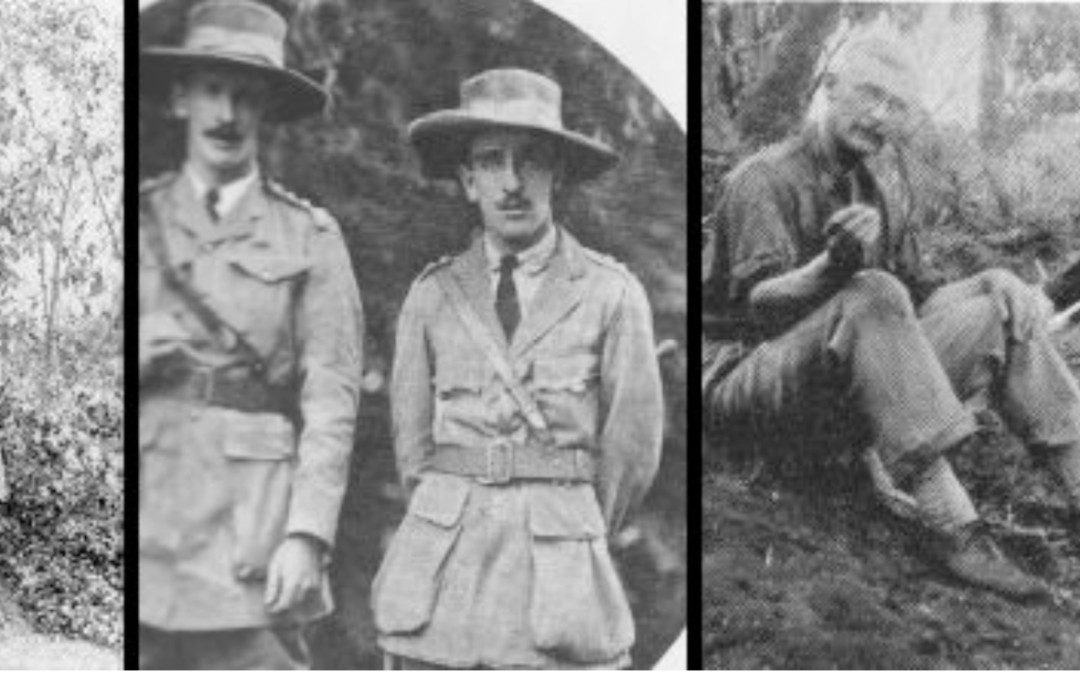 Tich and Dolly Miles were born into a military family. Their father, Frederick Tremayne Miles, a captain in the 18th Hussars, had married an American from New Orleans, Anna Carolie Sellar, in 1883, and they had four children. Olive, the only girl, was born in Middlesex in 1887 and her brother Arthur Tremayne Miles, in 1889. By the time of Arthur’s birth the family was living in Bourton, Much Wenlock, Shropshire. The father died on 12 February 1896, under chloroform on the sofa while being operated on for piles, and Arthur was then sent to school in Rottingdean, Sussex. He did not follow his father into the army, but instead sought adventure in Kenya, where he disembarked in 1909, at the age of nineteen.

Arthur was taken on by a man promoting rubber-growing among the Nandi. His job was to serve in a duka (small shop) in Kapsabet for twelve hours a day, six days a week, selling goods and buying latex. With a long, thin face and toothbrush moustache, he was diminutive in stature, weighing scarcely more than seven stone, and was therefore universally known as ‘Tich.’ His friendship with Denys Finch-Hatton and Berkeley Cole led him, on the outbreak of the First World War, to join a unit called ‘Cole’s Scouts’, part of the East African Mounted Rifles, and Tich, Denys and Berkeley became known as ‘The Three Musketeers,’ so close was their friendship. Tich was a colourful and witty raconteur over evening camp fires, always cheerful and reckless. ‘Nature hath endowed him,’ said Lord Cranworth, ‘with a physique about ten times too small for the great heart it sheltered.’

Tich was highly respected by his soldiers and ended the war with a DSO and MC. He formed a land development company, known as Kiptiget Ltd., with Denys and four others. He then joined the King’s African Rifles in order to earn money, serving in Jubaland until in 1923. He was posted as consul to Mega in Abyssinia, with a salary of £800 a year plus a £50 ‘horse allowance.’ Mega was three days’ march (there was no road) from Moyale. Living in a palisaded pseudo-Saxon stronghold, his job was to encourage the Amharic governors to open their wells to Kenyan cattle herders, and for this he was appointed OBE in 1930. He devoted himself to his garden but Mega was a lonely post, so he abandoned it to become Berkeley Cole’s estate manager at his farm at Naro Moru. Berkeley died of heart failure shortly afterwards, forcing Tich to return to Mega. There was a respite for two years (1928-30) when Governor of Kenya Grigg made Tich his ADC at Government House in Nairobi, where he was the life and soul of all the parties. At Muthaiga Club his party trick was to hang from the beams and cornices and make his way round the room without touching the floor.

But the ADC job expired in 1930, so he returned to Mega. His health had suffered from bouts of blackwater fever, and by 1934 he was very ill. He went to England for treatment but died in Marylebone on 10 April 1934, aged 45. ‘At all times, however bad,’ said Grigg, ‘he saw life through a haze of knightly romance, and tackled every new physical trial that came his way like a fresh dragon to be met and slain.’

Tich never married and often played host in Africa to his extraordinary unmarried sister Olive Muriel Tremayne Miles, born in 1886 and four years his senior. Similarly tiny and strong, and known as ‘Dolly’, she had untidy, wiry hair, slightly protruding teeth, and dark olive skin. She had followed Tich to Kenya in 1910, but on the outbreak of war she set off for Salonika where she attached herself to the French army and worked in military hospitals. She then moved to the Caucasus to work in an orphanage for Armenian children. After the war she often went to East Africa to stay with Tich, at Mega and elsewhere. She was also a friend of Nellie Grant, Elspeth Huxley’s mother, who appreciated her wit and vivacity, though often tired of her incessant chatter. Dressed in bold, flowered chintzes, Dolly became an expert gardener and horse-rider and then took to the air, gaining a pilot’s licence. Once she disappeared for two years to China. She ended her years in England, falling down dead in 1971, at the age of 81, when she went to open the door to an electrician.